Rabat - It took only 123 characters to raise the specter of racism and turn CAN 2017 into an online political debate. 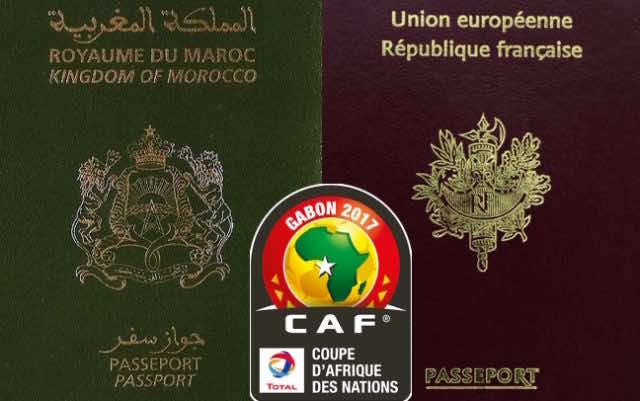 By
Chaima Lahsini
-
Chaima Lahsini is freelance journalist and activist with the Al-Fam collective in Rabat.
Jan 24, 2017
Spread the love

Rabat – It took only 123 characters to raise the specter of racism and turn CAN 2017 into an online political debate.

A journalist at Luxe Radio thought it wise to tweet his opinion of Moroccan binational citizens, moments before the Morocco-Togo soccer game, last Friday.

Talal Chakir, a sports journalist and chronicler at Luxe Radio, sparked wide controversy all weekend long with the “No to Binationals” hashtag of his tweet. Many took to social media to express their outrage at what they deemed was a racist comment, especially coming from a journalist, someone with a broad platform for reaching people.

Some, like Ahmed Ghayat, co-founder of the Citizen Vigilance Committee, which was created in the aftermath of the Istanbul bombing, called for the implementation of a law that would “punish racist speech and acts… we cannot insult millions of citizens with impunity,” he declared.

In another post, Ghayat explained that “there are no Moroccans more Moroccan than others and there can be no Moroccans less Moroccan than others.” He went on to cite the names of some of the many bi-nationals who have contributed to the success of Morocco and helped polish Morocco’s image while others have worked to tarnish it with discriminating speech: “Do not forget the great Mous, Abdellatif Benazzi, Hicham Arazi.”

Samira Sitail, renowned journalist and managing editor of 2M TV, took a more personal approach, clearly affronted by such discourse. Refusing to acknowledge the name of the tweet’s author, Sitail chose to address him as a “no one,” not mincing her words while expressing herself.

“Bi-national and proud to be, his name does not matter, in fact he’s a no one. Just some overexcited, egocentric jock, full of arrogance… an ignorant populist, distorted by hatred. But the speech of this little ‘no one,’ that he vomited onto the bi-national via the antenna of Luxe Radio and on his Twitter account, reminds us how much we –bi-nationals- disturb,” declared Sitail on her Facebook account.

Attacked for her identity, Sitail says that bi-nationals don’t have to justify their Moroccan identity to anyone, or “our love and loyalty to our country. I want to say to this little ‘no one,’ that there is no love but proof of love. That if the bi-nationals of the national football team give proof of their loyalty by taking risks on the field, including that of exposing themselves to the idiocy of a “no one” like him, what does he do to prove his love and loyalty to Morocco?”

Seeing the level of offense his tweet caused, Talal didn’t waste time before issuing an equally public apology: “I declare that my tweet (NonAuxBinationaux) did not have the intention or desire to offend the bi-national community.

It criticized the feverish commitment of a team and unconvincing sports choices. Our team being 100% bi-national inevitably creates a passionate debate about the results of the past 20 years … All my apologies for the offense provoked in our players who delivered the needed match against Togo. Tweet deleted.”