Rabat - Taxi drivers went on strike in Casablanca on Wednesday to protest the ongoing presence of Uber and Careem’s operations in the city. They are disputing the Wilaya’s agreement with the driver’s trade union which was concluded January 22. 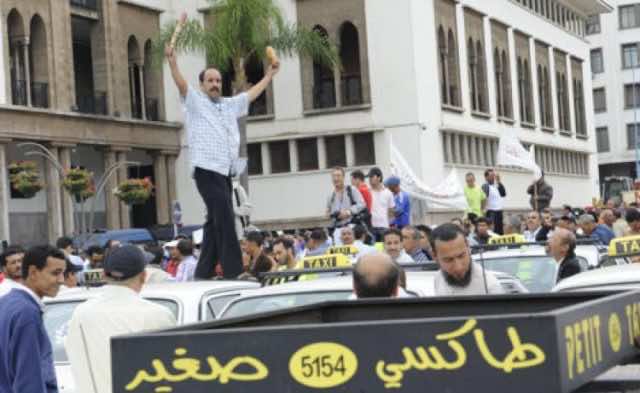 Rabat – Taxi drivers went on strike in Casablanca on Wednesday to protest the ongoing presence of Uber and Careem’s operations in the city. They are disputing the Wilaya’s agreement with the driver’s trade union which was concluded January 22.

The monopoly of the Casablanca cabbies lobby is reaching its end in Casablanca and the Wilaya of the city has issued a prefectural mandate to bring order to this infamous sector. The agreement signed last Sunday, however, was met by great protest among the local drivers who took to the streets today to express their discontent. 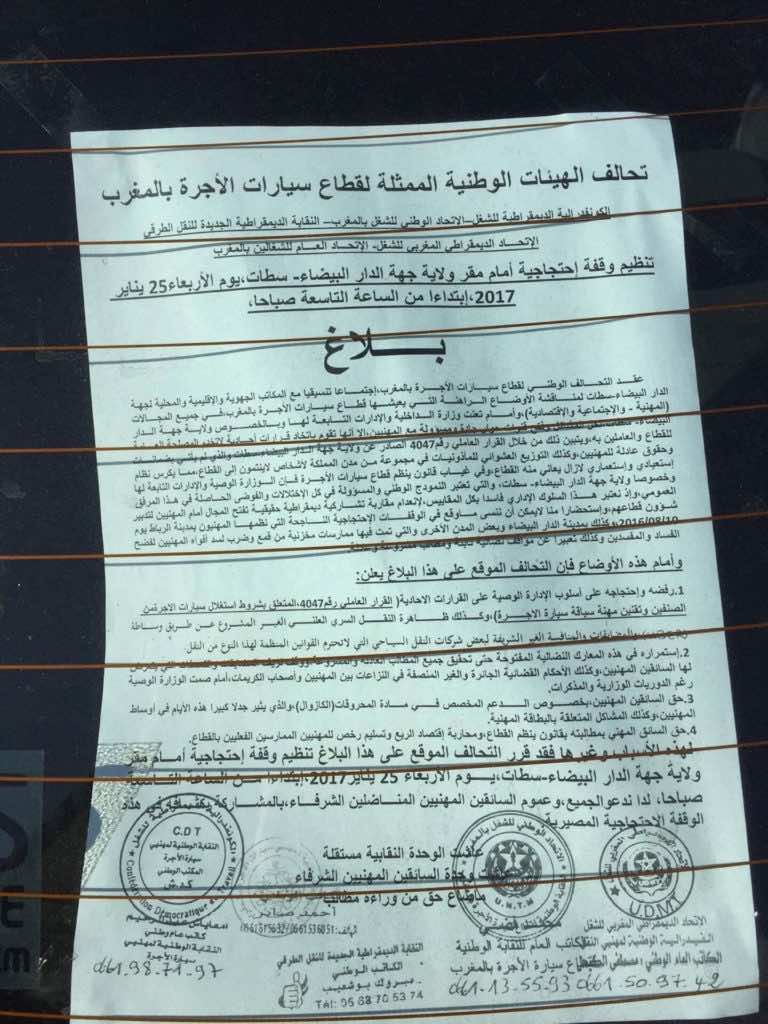 A meeting was held on Friday in the Wilaya of Casablanca with prefect, Khalid Safir, and the cabbies’ trade union representative. The meeting resulted in some harsh results. Taxi drivers can no longer refuse clients and drivers are also no longer allowed to dictate particular routes to clients. It is now also forbidden for the driver to accept additional clients without receiving the permission of the first one. Failure to meet any or all of these conditions will result in a revoked practice license lasting from one-three months.

The Friday meeting came as a result of the many complaints made against the city’s cabbies and after many violent alternations between drivers from Uber and Careem. Taxi drivers are being forced to accept the Wilaya’s new decisions, which also impose good behavior and presentable attire on the drivers, in the hopes fostering better relationships with their clients.

Concerning the ongoing feud between Uber and the cabbies, the Walaya’s decision was to immediately seize any vehicle ferrying a passenger without a practice license displayed. In such cases the vehicle will be impounded for one-six months.

The Wilaya’s agreement didn’t seem to be satisfactory enough for the drivers, however, who are currently disputing the recent decisions. In its communiqué, the National Taxis Union stated that the strikes will continue until the union’s demands are fulfilled by the concerned administration. They are demanding the removal of legal sanctions deemed by them to be “unfair” and financial support for fuel expenses.