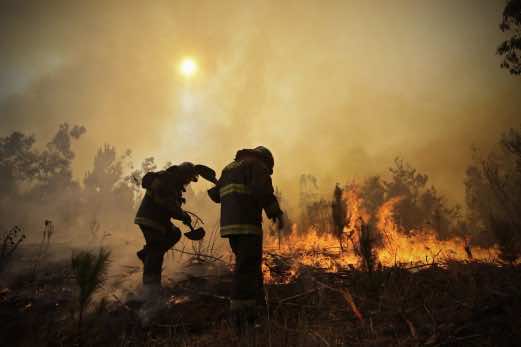 “I can now say officially that there are two more fatalities — two Chilean police who were found in the Maule River,” said Interior Minister Mario Fernandez, raising the total death toll to six.Earlier in the day a firefighter died after getting stuck while trying to help a family escape from their home near the city of Constitucion.

And over the past week three other firefighters died and another three were injured, authorities said earlier.

Multiple blazes have ravaged 238,000 hectares (588,000 acres) and are growing, the National Forestry Corporation said in a statement.