Rabat - Transparency International (TI) published its corruption perceptions index for 2016 yesterday. Morocco’s ranking has fallen to 90th out of 176 countries, with a score of 37 points. 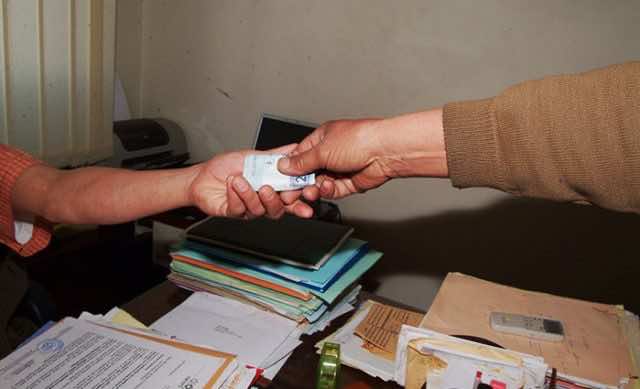 By
Chaima Lahsini
-
Chaima Lahsini is freelance journalist and activist with the Al-Fam collective in Rabat.
Jan 26, 2017
Spread the love

Rabat – Transparency International (TI) published its corruption perceptions index for 2016 yesterday. Morocco’s ranking has fallen to 90th out of 176 countries, with a score of 37 points.

According to the NGO’s latest survey on corruption perceptions, transparency is in a precarious state worldwide. 69% of the 176 countries in this year’s index fall below the midpoint of the TI’s scale of 0 (highly corrupt) to 100 (very clean).

It also underlines how systemic corruption and social inequality resulted in the rise of populism and the role played by populist politicians in the exacerbation of corruption: “When traditional politicians fail to tackle corruption, people grow cynical. Increasingly, people are turning to populist leaders who promise to break the cycle of corruption and privilege. Yet this is likely to exacerbate – rather than resolve – the tensions that fed the populist surge in the first place.”

Scoring 37 points out of 100, Morocco dropped to 90th place on the corruption perceptions index, and 9th in the Arab world.

Corruption seems to be infecting the Middle East and MENA region, as many Arab countries rank last in the TI’s index. The winds of change from the Arab Spring seem to be delayed; six years after the political changes that blew over the Arab world, corruption and impunity are still lingering.

TI also points out that the majority of Arab countries failed to meet the peoples’ expectations of building democratic political systems that provide greater transparency and accountability.

According to the Transparency International survey, 90% of Arab countries scored below 50 points, a failing grade. Exempt from this group, are the United Arab Emirates and Qatar, who each managed to remain above the average, despite their declining scores.

“Five out of the ten most corrupt countries in the world are from the region: Iraq, Libya, Sudan, Yemen and Syria,” stated the survey, which went on to explain how political instability, war, internal conflict and terrorism fueled corruption.

Only Tunisia (75th with 41 point) showed considerable progress, thanks to laws recently adopted by the country. Tunisia recently passed an access to information law, which the survey deemed one of the most progressive laws in the region. The adoption of a national anti-corruption strategy and a Financial Court of law, which allows the court to investigate grand corruption cases, are among the important steps Tunisia took to fight corruption.

According to a communiqué from the Transparency Morocco Agency, despite the many measures taken by the government including the King’s speeches and the juridical decrees, the procrastination which has taken place in the implementation of the national anti-corruption strategy have only made it more difficult for Morocco to overcome this downward trend.

The communiqué explains how the Corruption Perceptions Indicator (CPI) uses different sources of surveys to establish a score and ranking of countries on a scale of corruption and lack of transparency. 13 sources were used in 2016. Morocco has been listed on this survey since 1999. 7 different surveys were used in 2016 in the case of Morocco.

An examination in the results over the long term shows that Morocco is confined to an endemic level of corruption: it obtained relatively high scores in the early 2000s, after which it dropped to a score ranging between 32 and 35 out of 100.

To curb this continuing drop, Transparency International suggests “ensuring effective transparent systems that allow for accountability be put in place. They must put an end to political corruption in all its forms.” The NGO also stresses the utmost importance of freedom of expression and the need for the government to protect it and “stop persecuting anti-corruption activists, whistle-blowers and civil society organisations.”

In addition, the organization calls for respecting the independence of the judiciary as well as the auditing bodies, ultimately concluding that: “All of this cannot be achieved without real and serious political will from governments to follow up on their commitments.”