Toronto - Iran has issued a statement announcing they will bar entry by any American into Iran until the Trump order banning Muslims entry into the U.S. is lifted. 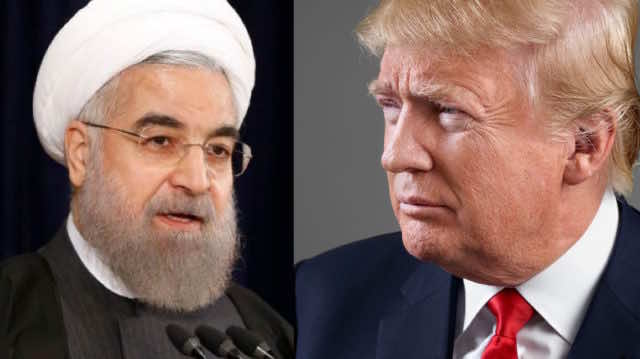 By
Constance Renton
-
Constance graduated from the Television and Radio Broadcasting Program at Canadore College in 1983.
Jan 28, 2017
Spread the love

Toronto – Iran has issued a statement announcing they will bar entry by any American into Iran until the Trump order banning Muslims entry into the U.S. is lifted.

Reuters is reporting that the statement, issued by the Iranian Foreign Ministry, has announced that “While respecting the American people and distinguishing between them and the hostile policies of the U.S. government, Iran will implement the principle of reciprocity until the offensive U.S. limitations against Iranian nationals are lifted.”

The statement goes on to say that President Trump’s executive order, signed on Friday at the Pentagon, is “an open affront against the Muslim world.”

The concern, according to the statement, is that the order’s ban against citizens from seven predominantly Muslim nations, however temporary, will be used by Islamic extremists as a rallying cry, thereby playing into the hands of the very enemy Trump has said he is fighting with the order.

Iranian President, Hassan Rouhani, took to Iranian state television earlier Saturday, declaring that “Today is not the time to erect walls between nations.”

Some critics of Trump’s executive order, targeting seven Muslim countries (Syria, Iran, Iraq, Sudan, Somalia, Libya and Yemen) are calling this Trump’s way of making good on a pledge he repeated throughout his election campaign of “a total and complete shutdown of Muslims entering the United States.” So far Trump has capped the ban at 90 days.

The 90-day term of the ban is presumably to give immigrations officials time to produce this new vetting procedure and get it ready for implementation.