Casablanca - In Response to Trump, the Prime Minister of Canada, Justin Trudeau, welcomes refugees to Canada, saying “Canadians will welcome you, regardless of your faith.” 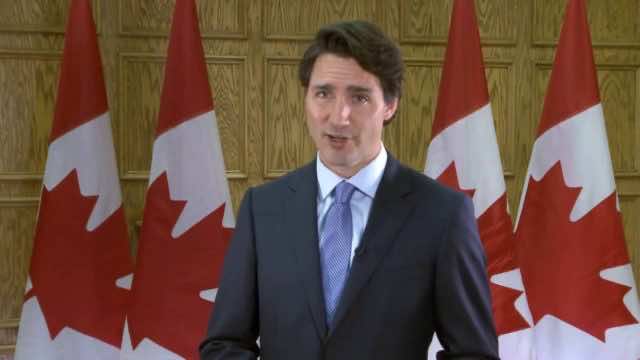 Casablanca – In Response to Trump, the Prime Minister of Canada, Justin Trudeau, welcomes refugees to Canada, saying “Canadians will welcome you, regardless of your faith.”

The Canadian Prime Minister, Justin Trudeau, known for his favorable positions vis-à-vis refugees made a Facebook post on his fan page stating that he, and the Canadians, welcome refugees from all over the world, irrespective of their religions.

“To those fleeing persecution, terror and war, Canadians will welcome you, regardless of your faith. Diversity is our strength. #WelcomeToCanada,” said Trudeau in the caption of a photo showing him welcoming a young refugee.

The post went viral in a short time, attracting over 250,000 likes and almost 60,000 shares in one hour. The comment section contains over 7900 comments praising the initiative and calling on Trudeau to condemn Trump’s anti-refugee procedures.

A comment that drew numerous likes says: “As a Canadian, I say let’s set a goal to welcome another 50,000 refugees by end of year. My province has taken in more Syrian refugees per capita than any other province and we still have plenty of room for more.”

Another commenter added, “I would feel better about this if you would make a statement condemning the actions of the US president.”

A number of Americans also interacted with Trudeau’s post. One commenter stated, ”Canadians, you just can’t imagine how I envy you for your leader.” Another one said, “I wish I could be a proud Canadian instead of an embarrassed and horrified American.”

Trump’s stands pertaining to refugees stand in stark opposition with those of Trudeau. The US President signed on Friday 28 an executive order to suspend the admission of the nationals of many Muslim countries into the US soil for four months, and Syrians indefinitely.

The Iranian Foreign Ministry, whose nationals will be banned from entering the US, responded with a statement condemning Trump’s decision and announcing that a ban on the US nationals will take effect in Iran, noting that “Iran will implement the principle of reciprocity.”