Istanbul - The Turkish armed forces have killed 18 ISIS militants and destroyed 18 targets over the past 24 hours as part of the Euphrates Shield Operation in northern Syria, the Turkish General Staff said Sunday. 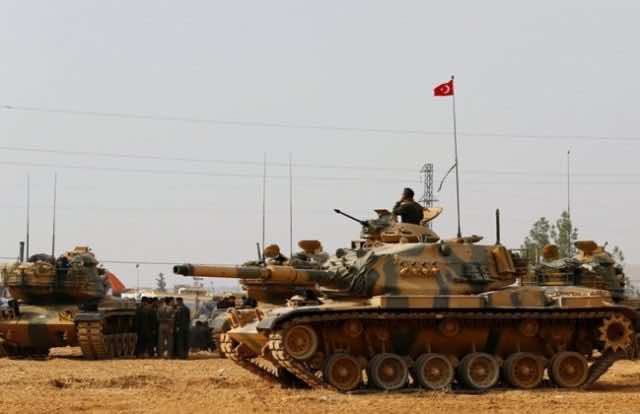 Istanbul – The Turkish armed forces have killed 18 ISIS militants and destroyed 18 targets over the past 24 hours as part of the Euphrates Shield Operation in northern Syria, the Turkish General Staff said Sunday.

“Turkish air forces killed 18 Daesh terrorists and destroyed 3 armories, 4 control points, 2 tunnels and 9 buildings used as hideouts, as a result of airstrikes in the Syrian towns of al-Bab and Bzagah,” the General Staff was quoted as saying.