Rabat - Morocco’s Ministry of Interior is requiring landlords of furnished apartments and houses to declare to the authorities the identities of their tenants.

Rabat – Morocco’s Ministry of Interior is requiring landlords of furnished apartments and houses to declare to the authorities the identities of their tenants.

The ministry issued a communiqué on Sunday, saying that from now on “landlords are required to declare their renters.” The communique stated that this “measure is mandatory.”

The ministry said that “if anyone does not comply with this order, [he/she] will be considered an [accomplice].”

This decision is designed to further Morocco’s efforts to ensure the safety and stability of the country, according to the ministry. Informing the authorities about tenant’s identities can “directly affect the security of the country,” it said.

The ministry said that information gained through the dismantling of terrorist cells and criminal gangs indicates that the members of these groups had rented houses without the owners notifying the authorities about their identities.

On Friday, Morocco’s Central Bureau of Judicial Investigation (BCIJ) dismantled a terrorist cell in the city of in El Jadida that was allegedly linked to the so-called Islamic States (IS).

The cell was in possession of firearms, including a submachine gun equipped with infrared lenses, seven pistols, massive munitions, four large-sized knives, and two wireless devices. Other items seized included military trousers, and chemical materials used in the manufacture of explosives.

The head of the BCIJ, Abdelhak El Khiyame, announced that his agency has managed to thwart 341 terrorist attacks over the past 14 years, noting that since 2002, the BCIJ has dismantled 167 cells, including 46 belonging to ISIS. 2,963 suspected terrorists,, 277 of whom already had criminal records, have been arrested and referred to the judiciary courts. 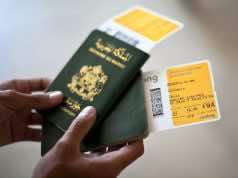 Moroccans to Be Able to Get Passport Stamp Online in 2019