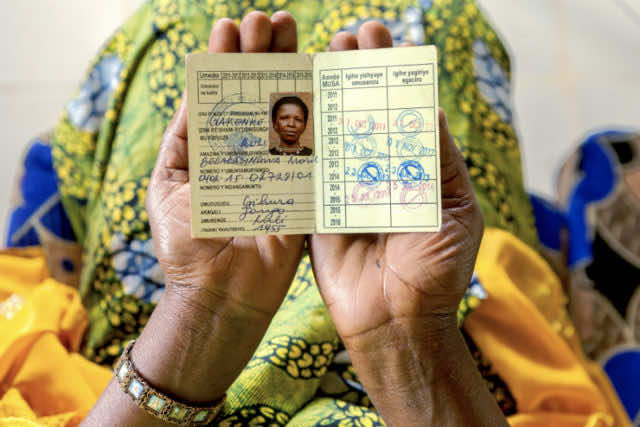 “If we can get cold Coca-Cola and beer to every remote corner of Africa, it should not be impossible to do the same with drugs,” the late Dr. Joep Lange, a pioneering researcher in HIV/AIDS treatment in Africa in the late 1990s, once declared.

In 2000 Dr. Lange founded the Pharm-Access Foundation to make HIV/AIDS treatment accessible in Africa through partnerships with multinational companies operating in the region. His first success story was to convince Heineken, a Dutch brewing company, to provide HIV treatment to its employees in Africa.

When it was started, PharmAccess, based in Amsterdam, focused on delivering lifesaving drugs to HIV patients. Today the group, through private companies, runs small but fast-growing medical insurance schemes for the poor in several African countries. It is active in Ghana, Kenya, Namibia, Nigeria and Tanzania, where it offers health insurance through private-public partnerships.

Africa’s health system is appalling. Only an overhaul could move it closer to United Nations Sustainable Development Goal Number 3 ensuring healthy lives and promoting well-being for all.

Access to decent health care is a daily struggle for the sick, due to seriously underfunded national health systems, lack of basic infrastructure to provide clean water and electricity and a serious shortage of health care workers. The Ebola outbreak, which ought to be a wake-up call, exposed the soft underbelly of the continent’s flawed health systems.

The statistics paint a grim picture. The World Health Organization (WHO), a global health body, reckons Africa bears a quarter of “the global burden of diseases but has access to only 3% of health workers and less than 1% of the world’s financial resources.” Barely a handful of African countries have met their pledge made to the African Union—to pump at least 15% of their national budgets into health care.

In countries where one can get decent public health care, it comes at a price the majority can hardly afford. In some cases a two-tier system gives the rich access to quality care through private health insurance while the rest have to put up with overcrowded state-run facilities where they pay out of pocket.

Regrettably, things are worsening. The World Bank reckons the share of out-of-pocket health payments as a portion of all health expenditures in sub-Saharan Africa rose from 40% in 2000 to over 60% in 2014. The effect of out-of-pocket payments can be catastrophic to families; it drags them into a poverty trap.

In the few African countries where national medical insurance schemes exist, they serve only a minority, according to WHO. In Ghana, WHO says, only a third of the population receives medical  insurance under the country’s National Health Insurance Scheme. Nigeria’s national scheme covers less than 3% of its citizens.

South Africa spends more on voluntary private health insurance as a share of total health expenditure (42%) than any other country in the world, says WHO. Yet this scheme covers only 16% of the population. The country, which has unequal access to health care among different socioeconomic groups, has started rolling out a single National Health Insurance System that will provide free health care to all South Africans.

Rwanda is Africa’s trailblazer in providing universal health insurance. Its community-based national plan coverage rate is the highest on the continent. The plan, called Mutuelles de santé (Mutual Health), covers 91% of the population. To reach this level, Rwanda trained thousands of community health workers—45,000 to date. While health insurance is financed by both government and individual premiums, donors fund about half of Rwanda’s health budget. “The most hard-up [Rwandans] pay nothing for membership in the programme, [while] wealthier folks pay about $8 a year,” says The Economist, a UK weekly. “Visits to doctors then cost just 30 cents or so.” This is remarkable for a country whose national income, at $692, is one of the lowest in the world.

To reverse current trends, experts maintain that the private sector should take the lead in offering affordable prepaid insurance coverage, mostly to low-income families. McKinsey, a global strategic management consultancy firm based in the United States, says the market for health care in Africa is worth about $35 billion.

An award-winning essay, “A New Paradigm for Increased Access to Healthcare in Africa,” by PharmAccess’s Dr. Lange and three other medical experts—Dr. Onno P. Schellekens, Dr. Marianne E. Linder and Prof. Jacques van der Gaag—argues that it is time to rethink the way health care is delivered in poor countries. While it’s an old essay (it was published in 2007), its innovative health care financing model is starting to bear fruit where it’s being applied. The essay won the World Bank’s International Finance Corporation/Financial Times essay competition in 2008 and the G20 Financial Challenge Award in 2010.

The key message from the essay is that instead of focusing on governments as the major financers and providers of health care, the priority should be to encourage private-sector initiatives whose goal is “to provide affordable access to high quality health care for low-income households.” The authors outline a three-step strategy they say is “essential to develop[ing] viable health systems” that expand access in poor countries.

The first step is to target those who can pay and then align the demand and supply of health care through prepay arrangements, the same practice that has successfully transformed mobile phone companies in Africa. The second is to set up risk-pooling schemes from existing out-of-pocket payments that will lower costs, raise quality, increase willingness to pay and boost contributed funds. The final step is to enforce quality standards in countries with weak regulations.

Now, this would all sound theoretical were it not for the fact that PharmAccess is implementing this model in Kenya, Namibia, Nigeria, Tanzania and Uganda. The scheme is still in the early stages but rapidly gaining popularity with both health care beneficiaries and providers.

In 2013, PharmAccess launched the mHealth mobile health wallet. The wallet, which runs on a mobile phone, is used solely to pay for health expenses. The pilot plan targeted 5,000 mothers with children under the age of five living in informal settlements in the Kenyan capital, Nairobi. Users received a thousand Kenyan shillings (US$10) in their wallets. The project scored a 90% success rate when the women responded positively to a survey, with more than three-quarters expressing willingness to save their own money for health in the wallet.

In October 2016, PharmAccess rolled out M-Tiba nationwide, targeting low-income Kenyans. So far M-Tiba has over 100,000 registered users with access to 120 health care providers in Nairobi and some areas outside the city.

“If there is any innovative event happening on the continent that is leading us towards the attainment of universal health coverage, then it is M-Tiba,” Khama Rogo, the head of the World Bank’s Health in Africa Initiative, noted. “M-Tiba is truly leapfrogging health care in Kenya.”

M-Tiba offers several advantages. Users can save money for their own health care, or receive contributions from friends and relatives or other payers such as governments or charity organizations. The system gives donors access through M-Tiba “to the poor at virtually no cost to provide health entitlements such as vouchers to vaccinate children.” It gives health care providers access to real-time digital payments with medical and financial data collection. Doctors receive their payments on time and it’s relatively cheap to run.

According to Nicole Spieker, the quality director at PharmAccess, the company is collaborating with companies and governments in Nigeria and Tanzania on prepaid health care schemes for the poor. She told Africa Renewal in an e-mail that more than 200,000 people have so far signed up with the Kwara State Health Insurance Programme in Nigeria and the improved Community Health Fund (iCHF) in Tanzania.

Analysts say the private health insurance industry—in partnership with governments and taking advantage of technology—can transform health systems in Africa. But critics warn that if not properly regulated, the industry can enrich insurance owners while denying or restricting treatment to patients. If unchecked, companies could be lax in preventing fraud and waste and keeping down costs, critics say. They can select the diseases they will cover, or avoid enlisting sick people, or deny treatment whenever they can.

The old system, whereby governments crowd out the private sector, has brought Africa to its current state. It is time to try new ideas that give more space to public-private entities that can provide the poor with greater access to health care. 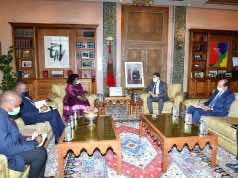 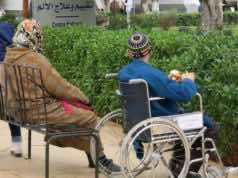 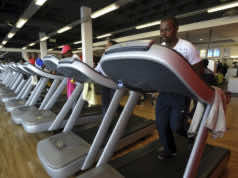