Rabat - At least 200 passengers around the world have found themselves stranded in airports as more than 15 airlines executed US President Donald Trump’s anti-immigration decree. 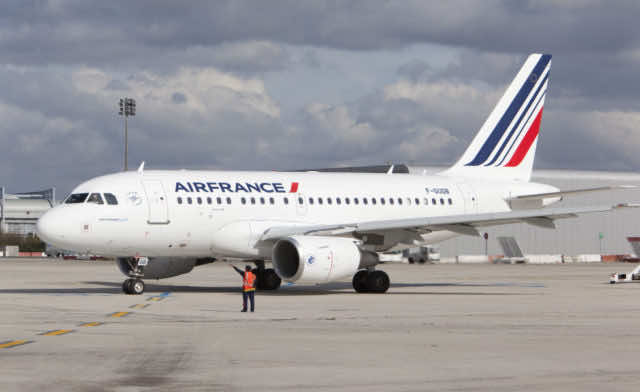 By
Chaima Lahsini
-
Chaima Lahsini is freelance journalist and activist with the Al-Fam collective in Rabat.
Jan 31, 2017
Spread the love

Rabat – At least 200 passengers around the world have found themselves stranded in airports as more than 15 airlines executed US President Donald Trump’s anti-immigration decree.

Trump’s decree banning nationals from seven Muslim-majority countries to the US is forcing carriers to refuse to fly some passengers. From the Netherlands, to Egypt, France and Austria, around 200 passengers were barred from flying to the US.

This Friday, President Trump signed an executive order temporarily suspending the arrival of travellers from Iran, Iraq, Libya, Somalia, Syria, Yemen and Soudan as well as indefinitely blocking the entry of all refugees.

Royal Air Maroc joins other airlines executing the anti-immigration decree, refusing to board any passenger from the 7 banned countries. To avoid any inconvenience for these travellers, RAM will bar them from boarding flights in Casablanca departing for New York and Washington, the two main destinations served by the Moroccan company, unless passengers can provide documents issued by the American Embassy or consular authorities authorizing such travel.

KLM, the Dutch flag carrier, said it refused to board seven passengers who were travelling to the US, five of whom it had been able to contact before departure. A spokeswoman for KLM, part of the Franco-Dutch Air France KLM group, declined to specify which countries the passengers came from or where they were flying from.

Air France refused to board 15 people from the 7 banned countries since Trump’s decree. The company explained that the passengers were well taken care of.No one was blocked in Paris and the airline made the necessary arrangements to redirect these people to their point of origin.

In a press release, the company explained how it is obliged to comply with the entry requirements of the country it serves and is therefore not authorized to knowingly board passengers to a destination of which access is forbidden to them. In doing so, Air France complies with the international rules governing air transport.

At Cairo International Airport, five Iraqi nationals and one Yemeni were banned from boarding an Egypt Air flight to New York from  on Saturday morning, despite holding valid immigration visas.

In Iran’s capital, Tehran, travel agencies have been instructed by Etihad Airways, Emirates and Turkish Airlines not to sell tickets to the US and prohibit Iranians holding American visas to board US-bound flights.

On Saturday, Qatar Airways issued a travel alert on their official website, saying nationals of the seven countries may travel to the US “only if they are in possession of a permanent resident card [green card] or any of the below visas,” listing foreign government, United Nations, international organisation and NATO visas.