Rabat - King Mohammed VI stated in a speech at the 28th African Union Summit on Tuesday that major strategic projects were set up during his visits to African countries, particularly in the areas of energy and food security. 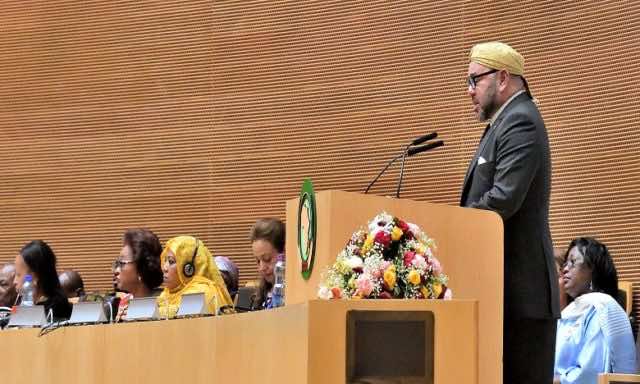 Rabat – King Mohammed VI stated in a speech at the 28th African Union Summit on Tuesday that major strategic projects were set up during his visits to African countries, particularly in the areas of energy and food security.

In his speech, King Mohammed VI highlighted the Africa-Atlantic Gas Pipeline, announced during his December visit to Nigeria, saying it would “contribute to creating a regional electricity market and be a substantial source of energy which will help develop industry, improve economic competitiveness, and speed up social development.”

He added that “the project will thus create wealth for neighboring countries and populations” and build “peaceful bilateral and multilateral relations,” emphasizing that the pipeline will benefit not just oil-producing countries but “the whole of Africa.”

In addition to the pipeline, the King brought up fertilizer production plants built in Ethiopia and Nigeria aimed at improving agricultural productivity, food security, and rural development, calling them “an innovative and extremely concrete response to the common challenges posed by climate change.”

“As we know, basic food needs cannot be met with gas or oil,” he said. “But is not food security the major challenge facing Africa?”

The King pointed out that the fertilizer plants were part of the Adaptation of African Agriculture initiative promoted by Morocco during the United Nations Climate Change Conference (COP22) and the Africa Action Summit, both held in Marrakech in November. Ranging from sustainable soil, water, and climate-risk management projects to the implementation of solidarity-based funding, the initiative strives to support small-scale agricultural projects throughout Africa.

King Mohammed VI noted that the initiative was backed by around thirty African countries, and that, like the pipeline, it would “benefit the continent as a whole.”