Rabat - In an article published today by Le Monde Afrique, the newspaper paid tribute the King’s advisors who accompanied him to the 28th Summit of the African Union.

By
Chaima Lahsini
-
Chaima Lahsini is freelance journalist and activist with the Al-Fam collective in Rabat.
Feb 1, 2017
Spread the love

Rabat – In an article published today by Le Monde Afrique, the newspaper paid tribute the King’s advisors who accompanied him to the 28th Summit of the African Union.

An overwhelming majority of African countries supported the return of Morocco to the African Union (AU) at the 28th Summit of the Continental Organization held in Addis Ababa. There, thirty-nine countries gave their unconditional approval, voting in favour of the Kingdom’s return.

The royal commitment in favor of strengthening Moroccan-African relations was illustrated notably through the visits that King Mohammed VI made to many countries on the continent. These visits helped consolidate the principles of solidarity and cooperation, serving the African continent as well as Morocco’s desire to return to its AU family.

From the proactive and sustainable policy of King Mohammed VI, to a royal vision for the development of Moroccan-African cooperation and finally to a dream team of advisors personally handpicked by the King; the return of Morocco to the AU had been a well-studied and prepared process.

The decision was announced late in the afternoon on January 30, that Morocco had been successfully welcomed back into the AU. Comments on the reinstatement of the kingdom “in its African family” were immediate and euphoric.

Le Monde reported the warm video posted on YouTube, where the Moroccan delegation was shown singing the national anthem in front of the piano bar at the Sheraton Hotel in Addis Ababa. “You can see the Minister of Foreign Affairs Salaheddine Mezouar, loosening his tie for the occasion, surrounded by his minister delegate Nasser Bourita and journalists,” reported the newspaper.

The newspaper described Fouad Ali Al-Himma, the King’s childhood friend and his closest advisor, as a man for all seasons. Al-Himma first came to prominence as Deputy Minister of the Interior and then as founder of the Authenticity and Modernity Party (PAM). Despite much criticism, PAM proved to be the only party capable of holding ground with the Justice and Development Party (PJD). Today, Si Fouad, as he is known, is entrusted by the King with the Kingdom’s most sensitive files concerning Moroccan security and politics.

Second in Le Monde’s “Dream Team” breakdown is Nasser Bourita, a pure product of the Moroccan Ministry of Foreign Affairs. Bourita has climbed the administrative ladder since his recruitment in 1992 as first secretary. in 2011 he was appointed as secretary general of the Foreign Ministry, a position he held before his appointment by Mohammed VI to the post of Delegate Minister for Foreign Affairs.

A diplomat by nature, Nasser Bourita has a reputation for being a security specialist as well as an expert on the Saharan provinces issues. He is a graduate of the Faculty of Legal, Economic and Social Sciences from the University of Rabat. Nasser Bourita successively assumed the functions of Chief of Staff of the Ministry of Foreign Affairs and Ambassador, Director General of Multilateral Relations and Global Cooperation. Recently, he accompanied Mohammed VI on many trips to Africa, especially once Mr Mezouar chaired COP22, the United Nations Climate Conference held in Marrakech in November 2016.

Third on Le Monde’s list is Yassine Mansouri. As the director of Morocco’s External Intelligence Agency (DGED), Mansouri was, like other influential civil servants in Morocco, a classmate of Mohammed VI’s at the Collège Royal of Rabat. Mansouri was appointed as head of the Maghreb Arab Press (MAP) in November 1999, then as director of the General Directory of Interior Affairs at the Ministry of the Interior. The Security Tsar as the CIA likes to call him, Mansouri is a very reserved man who seldom talks to the media.

Last, but not least, is Nezha Alaoui M’Hammdi, ambassador to Ethiopia and to the African Union in Addis Ababa. She was formerly number two in the Africa Directorate. Since October 2016, she has been Ambassador for the Kingdom in Addis Ababa, after several years spent in Accra (Ghana).

Le Monde also mentioned the key role played by Taïb Fassi-Fihri, King’s advisor, a former Secretary of State and then Minister of Foreign Affairs from 1993 to 2011. According to a source of the French newspaper, “this fine tactician played a leading role in the rapprochement with Paul Kagame and, more generally, in East Africa. 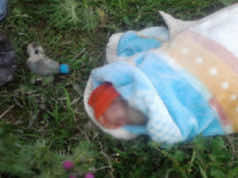 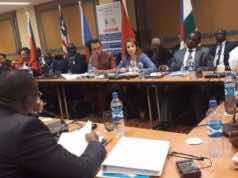 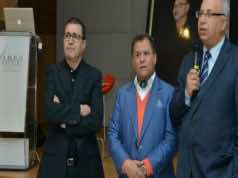