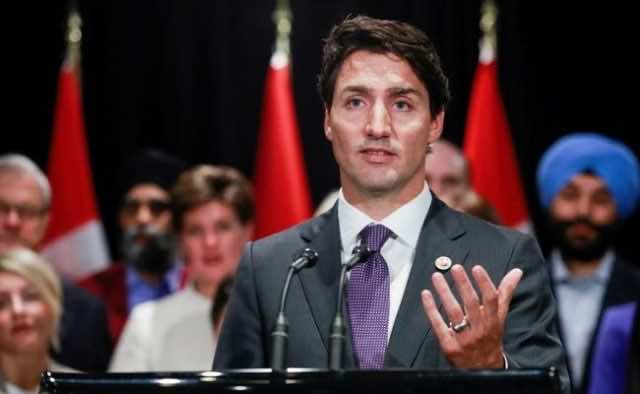 Toronto – FOX News got on the wrong side of Canadian Prime Minister, Justin Trudeau, this week. They had refused to delete a tweet they had posted on Sunday, claiming a Moroccan-born man was the Quebec City shooter.

According to the National Post, the famously right wing American television network found itself on the wrong side of Trudeau when it refused to delete a tweet claiming the Quebec shooter was a Moroccan national.

Early reports on Sunday night, directly following the massacre, had reported two suspects were in custody, both men. While one remained a mystery, it was widely reported in the media, including the Canadian Broadcasting Corporation (CBC), that the other suspect was of Moroccan origin.

According to the same source, by Monday morning, however, the CBC and every other major network had corrected their previous reports, saying that this man was, in fact, a witness to the ordeal.

As reported by the CBC, Mohamed Belkhadir, a 29-year-old university student, was indeed of Moroccan origin. On Sunday evening, he had arrived at the Islamic Cultural Centre for evening prayers and was outside sweeping snow from the steps when he heard the automatic weapons fire and hid. When he came out of hiding he mistakenly took a police officer for the shooter and attempted to run away. Instead, he was apprehended and taken into custody, where the confusion was subsequently clarified.

FOX News, however, simply provided updates on the situation, instead of deleting their original tweet and it was this that caught the attention and raised the ire of Canada’s Prime Minister. When the tweet was still on the FOX News Twitter site late Monday afternoon, Trudeau decided to ask his director of communications, Kate Purchase, to send a letter to FOX News co-president Bill Shine.

In her letter, Purchase explained the Trudeau government’s point of view, seeming to call out President Trump’s recent ban on immigration and refugees without needing to mention him by name, saying:

“Canada is an open, welcoming country that stands by it’s citizens. We are a nation of millions of immigrants and refugees from hundreds of cultures, languages and religions bound by one, unwavering, unshakable belief: we are stronger not in spite of our differences, but because of them.”

The letter went on to chastise FOX News for its disregard for the feelings of the victim’s families by feeding the public misinformation and playing what it called “identity politics.” Not deleting the tweet was, Purchase said, tantamount to “perpetuating fear and division within our communities.”

Purchase then went on to remind FOX News of the history of terrorism and its catastrophic effect on Muslims around the world saying, “Muslims are predominantly the greatest victims of terrorist acts in the world. To paint terrorists with a broad brush that extends to all Muslims is not just ignorant, it is irresponsible.”

Acting like a primer in international relations, Purchase closed her letter by reminding the FOX News executive that fear doesn’t make anyone safe and that “ramping up fear and closing our borders is not a solution. It distracts from the real issues that affect people’s day-to-day life.”

According to the National Post, by 7:30 p.m. on Tuesday night, more than 24 hours after every other major news outlet had deleted their mentions of Belkhadir as a suspect in the Quebec massacre, FOX News finally complied, issuing the following notice:

“FOXNews.com initially corrected the misreported information with a tweet and an update to the story on Monday. The earlier tweets have now been deleted. We regret the error.” 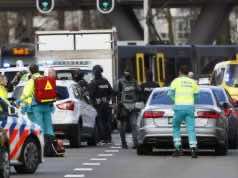