Rabat – Four suspects were placed in custody after the National Security and Customs Services (NSCS) seized 106,870 ecstasy tablets on an international transport bus at the Port of Nador.

According to a press release published by the General Directorate of National Security (DGSN), NSCS officers found the cache of tablets  packed in unaccompanied bags on an international transport bus coming from Belgium and heading to Oujda.

DGSN added that the market value of the cargo has not been determined yet.

The two bus drivers and their assistant were arrested in Nador by the city’s Judicial police.

The forth suspect was arrested in Oujda after he attempted to retrieve the suitcases containing the tablets using the identity card of the person in whose name the bags had been registered.

DGSN said that they later found that the card belonged to someone who had died four years ago. 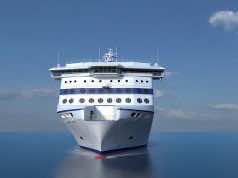