Casablanca - Deputy chairman of Dubai Police, Dhahi Khalfan, wrote a tweet on Thursday, claiming that Donald Trump was “right” in his ban of immigrants and refugees from 7 Muslim-majority countries. 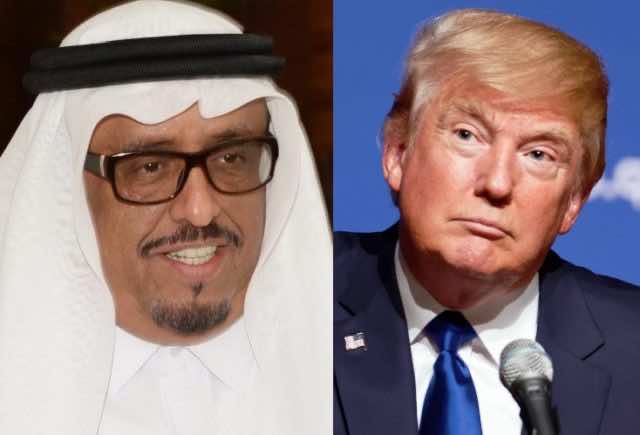 Casablanca – Deputy chairman of Dubai Police, Dhahi Khalfan, wrote a tweet on Thursday, claiming that Donald Trump was “right” in his ban of immigrants and refugees from 7 Muslim-majority countries.

Dubai Lieutenant General, Dhahi Khalfan, made aTwitter posts earlier this week where he expressed his support for Trump’s executive order that bars entry to immigrants and refugees from Iran, Iraq, Libya, Somalia, Sudan, Syria, and Yemen for a 90-day period.

“We completely support Trump in his ban on entry to those who may cause a breach in America’s security,” Khalfan said at a moment when worldwide leaders were condemning the move.

Khalfan added that previous US administrations embraced all the wanted men of the Arab world and those classified as terrorists. He then addressed Trump saying, “What you’re doing is right.”

The UAE official who also holds the position of the head of security in Dubai went even further and described the nationals of the countries that are affected by the ban as “underdeveloped”.

“America doesn’t have to accept underdeveloped people, they’ve already taken in many before. Unproductive groups don’t deserve to be in America – Iranians or Iraqis or Somalis,” Khalfan said.

Arguably, UAE officials have welcomed Trump’s ban because it includes Iran, an enemy of the UAE and the rest of the Gulf States.

The Iranian Foreign Ministry responded with a statement condemning Trump’s decision and announcing that a ban on US nationals will take effect in Iran, noting, “Iran will implement the principle of reciprocity.”