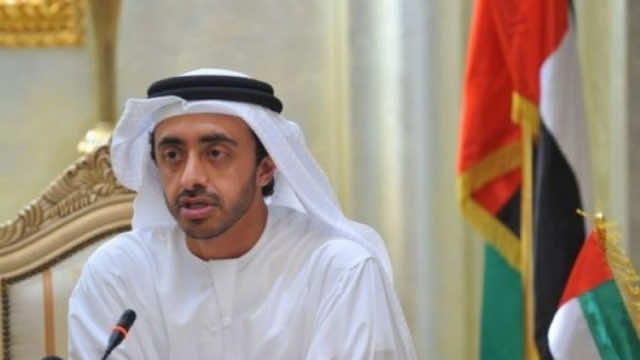 Condemnation following the US President’s executive order, which bars nationals from 7 Muslim-majority countries has picked up steam all over the world, including inside the United States. Meanwhile, the UAE’s top official came to the defense of Trump’s ban, arguing that it is “not anti- Islamic.”

In a press conference made jointly with his Russian counterpart, Sergei Lavrov, Nahyane said that the decision to ban the nationals from some Muslim majority countries pertains purely to immigration and that the US implemented a “sovereign decision.”

The official added that Trump’s executive order was “provisional” and that it was not anti-Islamic as it did not apply to “the large majority” of Muslims worldwide.

Sheikh Abdullah bin Zayed al-Nahyane is not the only UAE official to declare his support for Trump’s decision. Lieutenant General Dhahi Khalfan Tamim, known for his controversial Twitter posts, made yet another tweet earlier this week:

“We completely support Trump in his ban on entry to those who may cause a breach in America’s security.”

Trump’s executive order, made on January 27, in a move to put an end to “radical Islamic terrorists” entering the US, closed the door to immigrants and visitors from Iran, Iraq, Libya, Somalia, Sudan, Syria and Yemen for a period of 90 days.

Arguably, UAE officials have welcomed Trump’s ban as it includes Iran, considered the UAE and the entire gulf state’s enemy.

The Iranian Foreign Ministry responded with a statement condemning Trump’s decision and announcing that a ban on US nationals will take effect in Iran, noting that “Iran will implement the principle of reciprocity.”