Rabat - For the third consecutive year, the automotive industry is Morocco's leading export sector. According to the latest study on monthly foreign exchange indicators of the Foreign Exchange Office (FEO), this dynamic is due to the increase in sales of the “construction” segment. 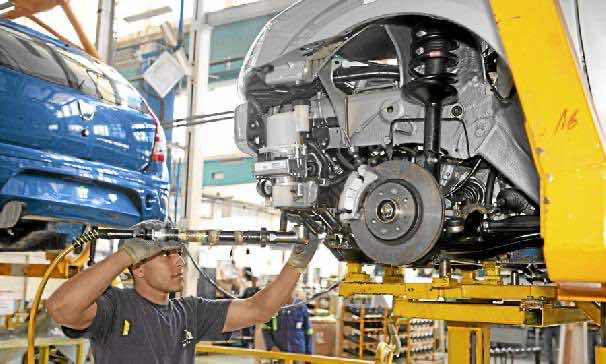 Rabat – For the third consecutive year, the automotive industry is Morocco’s leading export sector. According to the latest study on monthly foreign exchange indicators of the Foreign Exchange Office (FEO), this dynamic is due to the increase in sales of the “construction” segment.

The Foreign Exchange Office explains this increase with improved sales in all sectors, led by the automotive sector with a growth of exports estimated at 11,9%, or MAD 5.8 billion.

The agriculture and agri-food sector comes second in the Foreign Exchange Office study, with a growth of 5.1% (MAD 2.3 Billion). This is thought to be due to the increase in shipments of food products by 5.7% (MAD +1.4 Billion) and in fisheries and aquaculture by 24.2% (MAD 0.9 Billion)

Expenses, on the other hand, increased to MAD 10.2 billion instead of MAD 8.1 billion in 2015. At the end of December 2016, repayments of related loans and advances to associates’ current accounts accounted for 46.9% of the sales of foreign direct investment in Morocco.