Casablanca - Renewable energy firm, The Eco Experts, has published a new ranking of the world’s nations relating to pollution. Kenya has been ranked the least toxic country in the world. 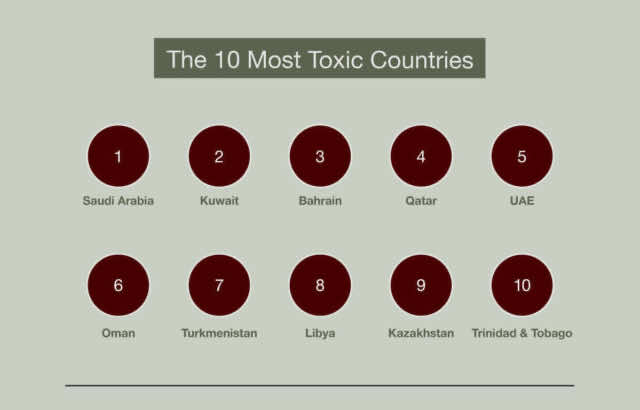 Casablanca – Renewable energy firm, The Eco Experts, has published a new ranking of the world’s nations relating to pollution. Kenya has been ranked the least toxic country in the world.

The Eco Experts, a renewable energy firm, has released its new ranking of the most toxic countries in the world. Their findings are based on data collected from the International Energy Agency and the World Health Organization (WHO).

The ranking takes a number of elements pertaining to pollution into account such as air pollution, energy consumption and renewable energy production. 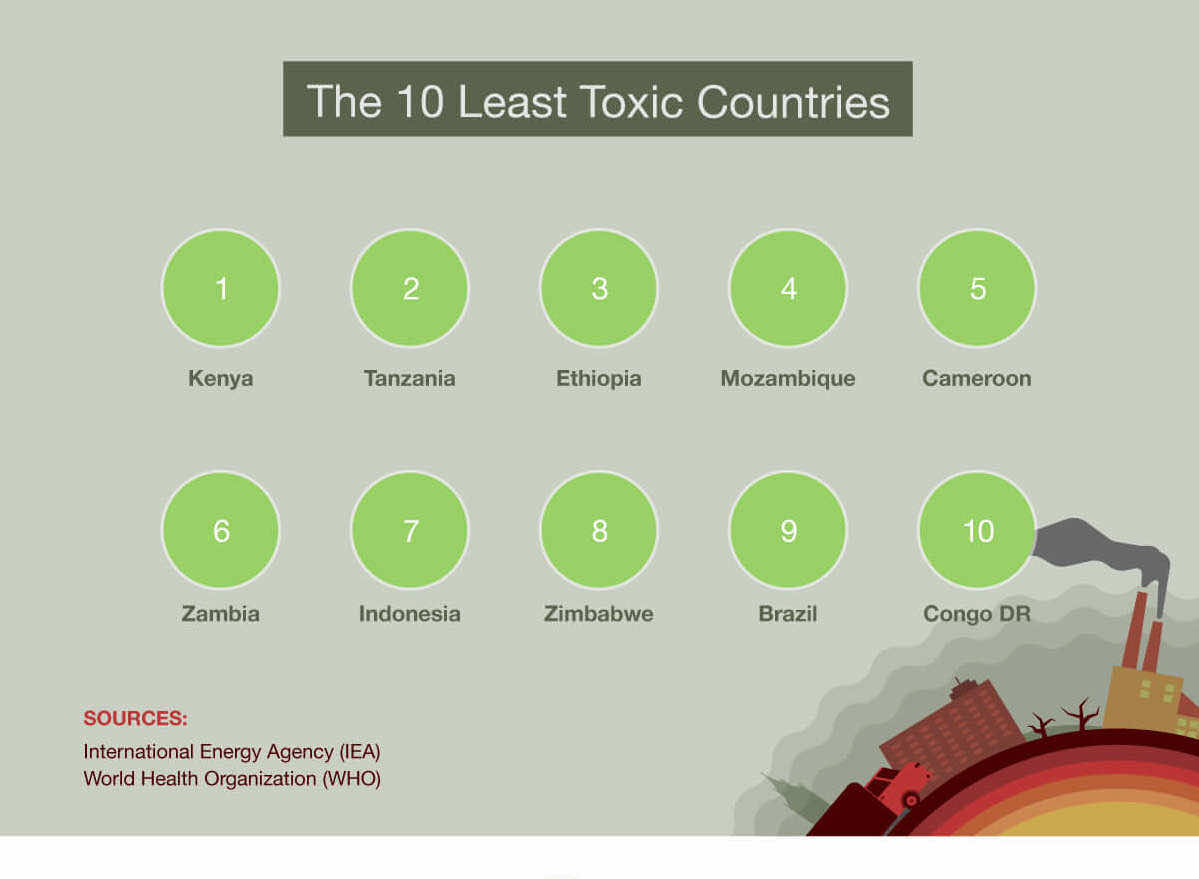 In this ranking, Kenya tops the list as the least toxic country in the world, followed by Tanzania, Ethiopia, Mozambique and Cameroon. All these countries, and most of the countries in the list’s top ten, are located on the African continent.

The Gulf countries all figure in the top ten most toxic countries in the world. Saudi Arabia is ranked as the world’s most toxic country, followed by Kuwait, Bahrain, Qatar, UAE and Oman. The only North African country in the list of the 10 Most Toxic Countries is Lybia.

Morocco appears in the map in yellow, indicating that it scores between 46 and 60 on a scale from 1 (least toxic), to 135 (most toxic).

The data obtained from WHO indicate that between 2009 and 2016, the levels of air pollution saw an increase of 8 percent.

Maria Neira, the WHO’s public health chief, stated that the findings related to air pollution represent a “major, major public health problem.” She added that the rate at which pollution is growing makes it “one of the biggest problems we are facing globally.”