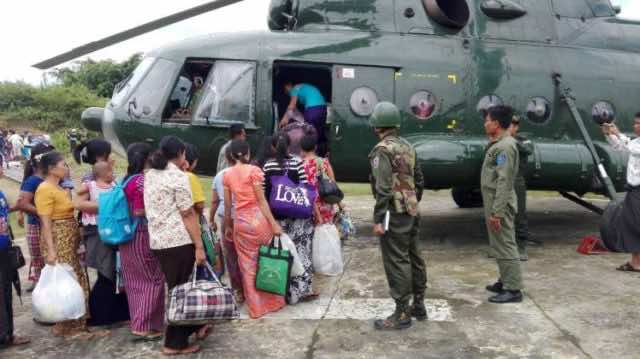 By
Chaima Lahsini
-
Chaima Lahsini is freelance journalist and activist with the Al-Fam collective in Rabat.
Feb 4, 2017
Spread the love

According to the last UN report of the OHCHR (Office of the United Nations High Commissioner for Human Rights) mission to Bangladesh, Myanmar’s security forces have committed heinous crimes against humanity, and possibly ethnic cleansing in a sealed-off area north of Maungdaw in northern Rakhine State.

The report, based on interviews conducted with Rohingyas fleeing from Myanmar since 9 October 2016, related serious violations carried out by members of Myanmar’s security services and/or the civilian fighters working alongside the army and the police. It’s a military crackdown that was launched in response to an attack on a military post.

The most disturbing accounts have been those relatedto children and several testimonies gathered by the OHCHR team concern the killing of children. The deaths involve boys and girls of different age groups ranging from newborns to teenagers,at the hands of security forces. “Children were killed by live ammunition or stabbed while at home, while fleeing to safety, or while in the farms or fields,” states the report.

There arecases of mothers witnessing the killing of their children by knife attacks. A 25-year old woman from YaeKhatChaungGwa Son tells how she witnessed both her baby and husband being slaughtered: “They beat and killed my husband with a knife. They went into my house. Five of them took off my clothes and raped me. My eight-month-old son was crying of hunger when they were in my house because he wanted to breastfeed, so to silence him they killed him too with a knife. I thought I would die, but I survived.”

In one case, witnessed by a 19-year old woman from Ngar Sar Kyu, a new-born baby was trampled to death: “In KyetYoePyin I saw the military killing the newborn baby of a distant relative. She was about to deliver the baby just after military entered the village. We were all inside the house and the military made us come out. My relative could not come out as she was in labour so they dragged her out and hit her stomach with a big stick. They killed the baby by stomping on it with their heavy boots. Then they burned the house.”

“What kind of ‘clearance operation’ is this? What national security goals could possibly be served by this?” demands ZeidRa’ad Al Hussein, UN High Commissioner for Human Rights.

He went on to strongly condemn the infanticide committed by Myanmar forces: “The devastating cruelty to which these Rohingya children have been subjected is unbearable – what kind of hatred could make a man stab a baby crying out for his mother’s milk. And for the mother to witness this murder while she is being gang-raped by the very security forces who should be protecting her.”

More than 69,000 people have fled from Rakhine to Bangladesh since the army launched a security operation in response to attacks on police border posts on October 9, the report said.

The UN report was issued this Friday in Geneva, after the investigators gathered testimony last month from Rohingya victims and witnesses who fled the “lockdown area” in Maungdaw in Rakhine for Cox’s Bazar in Bangladesh.