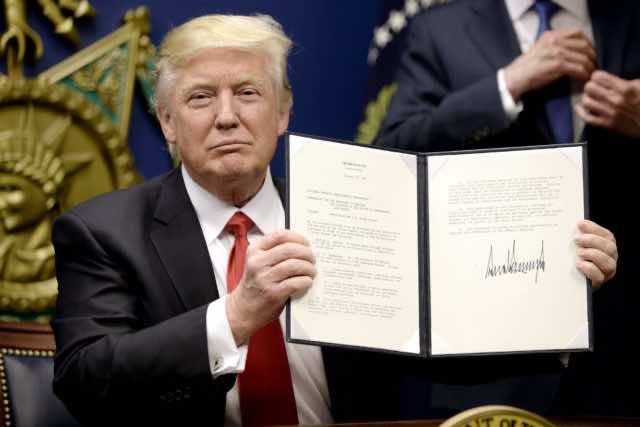 This comes after Washing state judge, James Robart, has initiated a nationwide restraint order, blocking US President Donald Trump’s executive order which banned entry to the US from 7 predominantly Muslim countries.

According to Mother Jones, shortly after the announcement was made, US Customs and Border agents were notifying airlines across the country that they were to immediately begin allowing anyone affected by Trump’s ban to board the flight of their choice.

James Robart, a federal judge in Seattle, was appointed in 2003 by former Republican President George W. Bush. He used a temporary nationwide restraining order to stop the ban, signed by Trump and put into immediate effect on January 27. The restraining order put in place Friday evening was also effective immediately.

CNN has reported that the lawsuit making the restraining order possible, was filed by Washington state Attorney General Bob Ferguson, a Democrat. Last night, as news of the order was breaking, Ferguson had this to say: “The constitution prevailed today- no one is above the law- not even the President.”

Visibly pleased with the judge’s ruling, Ferguson vowed, “It’s our president’s duty to honor this ruling and I’ll make sure he does.”

CNN is reporting that the White House released two statements about the ruling.  In the first, the administration described the ruling as an “outrageous order.” Ten minutes after issuing the statement, however, it was replaced with a version which had no mention of this phrase.

“At the earliest possible time, the Department of Justice intends to file an emergency stay of this order and defend the executive order of the President, which we believe is lawful and appropriate.”

For his part, Ferguson believes the case will, in all likelihood, advance all the way to the Supreme Court. In his ruling, Judge Robart left little doubt as to his prediction for the outcome of the lawsuit, saying “… The lawsuit challenging the legality of the order has a good chance of succeeding.”

And the Villagers Rejoice

Reaction from proponents of the lawsuit came quickly.  Washington state solicitor, Noah Purcell offered, “It’s a wonderful day for the rule of law in this country.”

Senate Majority Leader Charles Schumer, a Democrat from New York, described Robart’s decision as “… a victory for the Constitution and for all of us who believe this un-American executive order will not make us safer. President Trump should heed this ruling and he ought to back off and repeal the executive order once and for all.”