Rabat - During a debate organized under the theme "Acting Against Incitement to Hatred and Justification for Terrorism," Driss El Yazami, president of the National Council of Human Rights (CNDH), has said that “Human rights education is the key to fight fanaticism and hate speech.” 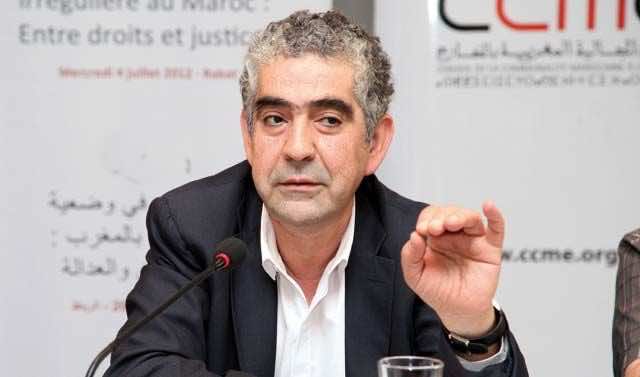 By
Chaima Lahsini
-
Chaima Lahsini is freelance journalist and activist with the Al-Fam collective in Rabat.
Feb 4, 2017
Spread the love

Rabat – During a debate organized under the theme “Acting Against Incitement to Hatred and Justification for Terrorism,” Driss El Yazami, president of the National Council of Human Rights (CNDH), has said that “Human rights education is the key to fight fanaticism and hate speech.”

From the heinous terrorist attack on the Istanbul nightclub, to the gruesome shooting in a Quebec mosque, 2017 seems to have started on the wrong foot. As the world is still recovering from the sheer terror unleashed by religious extremism and right wing fundamentalism alike, the Moroccan Plural Association opened a discussion on fanaticism and terrorism in Morocco.

During this debate, Driss El Yazami, president of the National Council of Human Rights (CNDH), stressed the importance of awareness-raising and human rights education in the fight against terrorism, especially on social networks. He also noted that while access to the Internet is one aspect of democratic practice, there are forms of expression that cannot be tolerated in any way, particularly those that promote terrorism.

The CNDH had recently received a delegation composed of the initiators and signatories of an open letter titled “Stop the Apology for Terrorism.” The petition, which has 5,000 signatures, calls for the implementation of sanctions against anyone justifying or glorifying terrorist acts.

Meanwhile, president of the “Damir” movement, Salah Elouadiâ expressed that the condoning of terrorist acts must be categorically rejected by individuals and governments alike; stressing that silence against this scourge could pose a threat to society. Elouadia also emphasized that state and constitutional institutions, particularly the CNDH, and civil society must fight against this phenomenon.

Nezha Guessous, a human rights researcher, emphasized the role of traditional social institutions, such as homes and schools, in consolidating social relations through citizen education.

For his part, Ahmed Ghayet, president of the Moroccan Plural Association, stressed the importance of holding such meetings, and discussing issues related to youth, who are the pillar of the future.