Casablanca - British Parliament’s Speaker of the House of Commons has decided to “ban” Trump from addressing Parliament during his state visit to the UK, saying that it is “not an automatic right.” 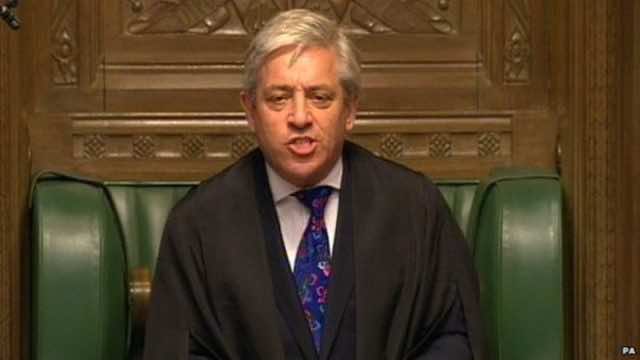 Casablanca – British Parliament’s Speaker of the House of Commons has decided to “ban” Trump from addressing Parliament during his state visit to the UK, saying that it is “not an automatic right.”

For the first time in the history of US-UK relations, a President of the United States was blocked from addressing the House of Commons. John Bercow pointed out that the invitation to speak in the House of Commons is “an earned honor” and “not an automatic right,” blocking US President Donald Trump from speaking to Parliament.

Bercow explained that the reason Trump is, in his viewpoint, not entitled to this “honor,” is the House of Common’s long history of opposition “to racism to sexism and our support for equality before the law and an independent judiciary.”

Responding to a British member of parliament, the Speaker said that he was opposed to an address by President Trump in the House of Commons even before his executive order banning nationals of 7 Muslim-majority countries entry to the US.

The highest-ranked parliamentary official noted that after the ban on Muslims, he is “even more strongly opposed to an address by President Trump in Westminster Hall.”

This statement of Bercow resulted in applause from the Commons, as well as praise from members such as Dennis Skinner, a Veteran Labour member of the parliament, who expressed his support of the Speaker saying, “Two words: well done!”

The Speaker asserted that UK members of Parliament think highly of the UK’s relationship with the US. He then added, “However, as far as this place is concerned I feel very strongly that our opposition to racism and to sexism and our support for equality before the law and an independent judiciary are hugely important considerations in the House of Commons.”