Casablanca - The Israeli Knesset has passed a law that was described as “historic” on Monday 6, legalizing 4000 settler units on Palestinian land in the West Bank. 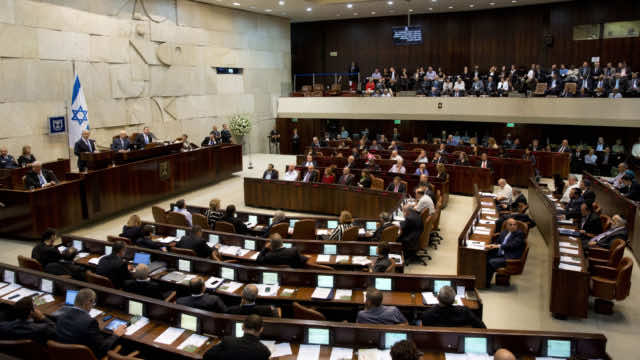 Casablanca – The Israeli Knesset has passed a law that was described as “historic” on Monday 6, legalizing 4000 settler units on Palestinian land in the West Bank.

On Monday night, the Israeli Knesset ratified a bill to build 4000 settler units in area C in West Bank and impose law in it, thus keeping its vow to disregard the UN Security Council Resolution unanimously voted upon last December restricting the country from building more illegal settlements in Palestine.

Out of the 60 members of the Knesset attending the vote, 52 voted in favor of the legislation.

The law represents a violation of international law and undisguised occupation, as area C in the West Bank is outside of the Knesset purview.

Bezalel Smotrich, an Israeli MK on Bayit Yahudi party said in his comment about the passing of the law:

“This is a historic step toward the completion of a process that we plan to lead: the application of full Israeli sovereignty on all the cities and communities in Judea and Samaria.”

A number of non-governmental organizations in the Israel denounced the legislation, which seeks to swallow what is left of West Bank and leave no possibility for a two-state solution. The organizations also vowed to petition the High Court of Justice against the legislation.

Isaac Herzog, the opposition leader in the Israeli Knesset, had warned of repercussions of the legislation on Israel’s security ahead of the vote.

“This legislation is de facto annexation,” said Herzog. He explained that his opposition to the law stems from his “opposition to annexation,” noting that they “have just a few more minutes to stop this terrible train before it leaves here and stops at The Hague.”

The United States has decided to remain silent on the law despite international uproar.