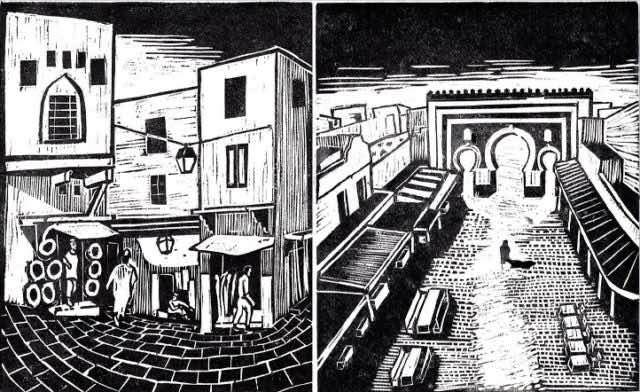 While residing in Fes, Williams was captivated by the intricate architecture and social activities of the city, which inspired him to design a series of views in and around the Medina in woodblock prints.

Williams explains that “The medina is a vibrant collision of sumptuous architectural forms and social activities that grope, vibrate and wrap around each other.” 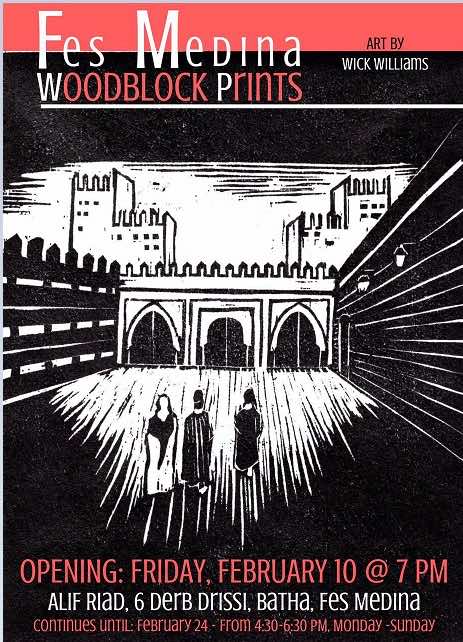 The exhibition of “Fes Medina Woodblock Prints” seeks to shed light on some of the medina’s features and bring them into sharp focus amid the city’s rich complexion.

“By reducing each view to a duel of solid black and solid white, these prints explore the energy generated by stark contrasts. The Medina is rich and complex. The woodcut becomes a perceptive tool in finding focus and clarity in that complexity,” Said Williams.

The architect/artist discovered the art of woodblock printmaking as a young man wandering around Japan. His artworks have been exhibited in the Philadelphia area for years.

Woodblock printmaking was introduced to Japan by Chinese Buddhists around the eighth century. It quickly became one of the defining art forms of Japan.

Over time, Japanese artists developed a distinct form of woodblock printing, known as  ukiyo-e, which translates to “images from the floating world,” capturing  scenes of Japanese culture in wood, which later on became an internationally known art form.