Rabat - The US National Security Council (NSC) has moved Morocco to the African department, a decision that a spokesperson of the NSC said is “a very positive signal for the long-term strategic objectives of the strategy of King Mohammed VI in Africa,” Maghreb Arabe Presse (MAP) reported. 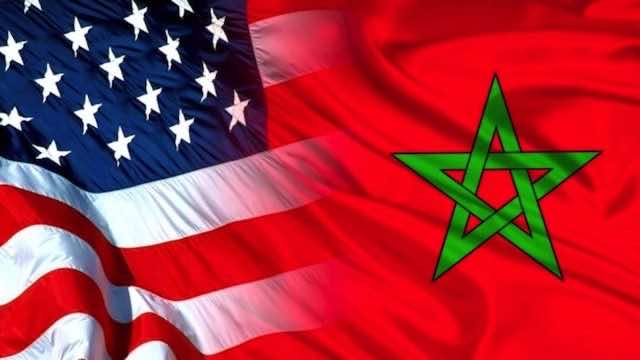 By
Chaima Lahsini
-
Chaima Lahsini is freelance journalist and activist with the Al-Fam collective in Rabat.
Feb 9, 2017
Spread the love

Rabat – The US National Security Council (NSC) has moved Morocco to the African department, a decision that a spokesperson of the NSC said is “a very positive signal for the long-term strategic objectives of the strategy of King Mohammed VI in Africa,” Maghreb Arabe Presse (MAP) reported.

Experts attributed the move from Morocco’s original position in the Middle East department to its recent readmission to the African Union (AU) and its committed counter-terrorism agenda.

Rudoplh Atallah, former Director of Anti-Terrorism in Africa at the Pentagon, called the reorganization “undoubtedly in line with the long-term strategic objectives of Morocco, in particular with the return of the Kingdom to the African Union.”

He emphasized Morocco’s “expertise in the field of counter-terrorism,” saying that the country’s new position in the NSC’s African department will allow the US to efficiently fund counter-terrorism initiatives in North Africa as well as the Sahel and Sahara.

In 2014, Morocco and the United States signed a bilateral agreement on counter-terrorism assistance in Washington during the first US-Africa summit.

Atallah stressed that Morocco “has always distinguished itself by its proactive approach to the fight against terrorism,” which could greatly benefit other African countries.

“Morocco has an essential role to play in the continent,” he added.

Peter Pham, Director of the Africa Center of the Atlantic Council, said that the “internal realignment” takes into account the “new geopolitical and economic realities of the African continent of today.”

The widespread support for Morocco’s return to the AU “after a long absence following a historic injustice” perpetrated against the country, “underlines the correctness of this new reorganization,” he said.

“In spite of Morocco’s absence from the institutional framework of the AU the Kingdom has established itself as an active force of stability and progress in the continent, a dimension which will take an even more upward trajectory with Morocco within the Union,” he added.

The US’ renewed engagement with Morocco and its African neighbors in a global vision, “is a very positive sign for the Kingdom,” he concluded.