Rabat - Minister Delegate to the Interior minister Cherki Drais on Thursday highlighted the efficiency of the Moroccan approach in the fight against terrorism and cross-border organized crime. 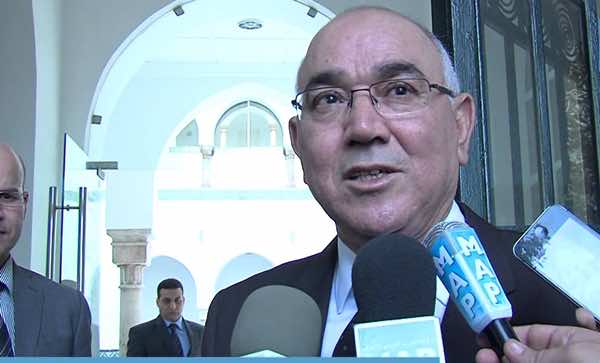 Rabat – Minister Delegate to the Interior minister Cherki Drais on Thursday highlighted the efficiency of the Moroccan approach in the fight against terrorism and cross-border organized crime.

During a meeting in Rabat with members of a delegation of the Parliamentary Assembly of the Mediterranean (5 + 5 Dialogue), Drais said that the Kingdom’s counterterrorism approach is not based only on the pure security treatment of this issue, but also includes economic, social, religious and cultural aspects, within the framework of a comprehensive, integrated and participatory approach, according to a statement of the Ministry of the Interior.

In this respect, the minister highlighted the efforts of the Moroccan security services, which have dismantled a number of terrorist cells, arrested several terror suspects and foiled numerous schemes targeting the Kingdom.

He also stressed Morocco’s involvement in regional and international efforts, as well as the intensification of its security cooperation with various partners, such as the countries of the Euro-Mediterranean neighborhood, adding that the Kingdom has put its experience in the field of counterterrorism at the disposal of its African partners.