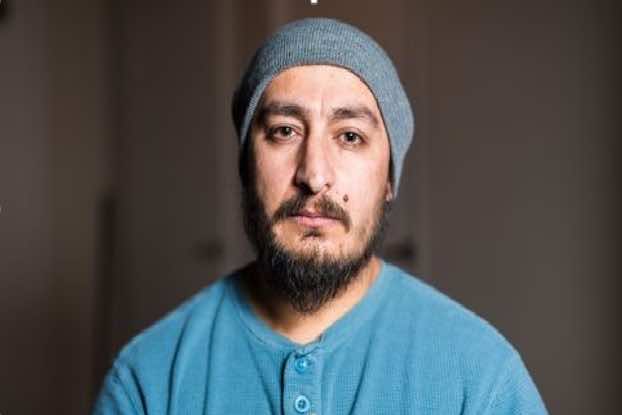 Toronto – In a rapidly growing trend along the Canada-US border, a Muslim man successfully crossed into Canada after making the mid-winter journey on foot and by bicycle, according to a special report by the CBC.

Kabul-born Habib Zahori, 32 years of age, was desperate. He couldn’t go home and he wouldn’t be allowed to remain where he was in the US.  Looking north, he saw the possibility of freedom and let it take root in his mind. This was the beginning of Zahori’s perilous journey but not where his story started.

Zahori’s story began in Kabul, Afghanistan. In 2009, Zahori discovered that he could make more money working as an interpreter during the war that followed the 2001 US invasion. Eventually he found a successful career working with journalists from the New York Times, The Washington Post and the BBC. Soon he was working as a freelance journalist himself.

Unfortunately for Zahori, this new career earned him the unwanted attention of the government and the Taliban. “In a country like Afghanistan people don’t need a legitimate reason to threaten you or kill you. All they need is to find out you are somehow associated with foreigners.”

Fearing for his life, he decided to flee, obtaining a 2-year Fulbright Scholarship to complete a master’s degree in international relations at the University of Denver.

According to the same source, as his scholarship was nearing an end, however, Habib Zahori was faced with a critical decision. Loved ones at home made it clear to him that his life was still in danger should he decide to return. He couldn’t go back. With tensions over immigration being what they are in the US, he also knew his chanced of being granted refugee status were slim, at best. He couldn’t stay where he was.

Zahori looked north and decided he would go to Canada. It would not be easy, however, because he knew he would have to sneak in. If he was discovered at the border he would simply be scooped up and sent back. That was not an option for Zahori, but it meant that he would have to get to his destination on foot. Undeterred, he reasoned that “I prefer to get into trouble with Canadian law enforcement rather than with Americans.”

With the help of a friend he googled the best places to make his crossing, deciding on a spot along the Maine-New Brunswick border. A friend drove him to an isolated location that was close to the border but afforded Zahori enough privacy to begin his journey undetected by border officials. Armed only with a backpack and a GPS device, he mounted a borrowed bicycle, hugged his friend and started off.

Habib knew little of Canada beyond Justin Trudeau, Justin Bieber and Bryan Adams. He did, however, know enough to be wary of the woods, expressing that he was afraid to “get eaten by a bear or something.” After cycling for a while he found himself face to face with his fear, the deep Canadian woods. Undeterred, he dismounted his bicycle and forged ahead, pulling the bike along with him through the knee-deep snow.

Though he found inspiration in Jon Krakauer’s book, Into the Wild, a novel about a young man pitting himself against nature, Zahori also felt anxiety. “I remember being filled with terror as I walked through those woods, thinking I might die somewhere like Christopher,” the novel’s protagonist who perishes.

Being dressed for winter ended up being of little help to Habib. “My fingers had gone numb, my nose, my cheeks, my lips, my entire face- everything had gone numb. And my thighs and knees, everything was hurting so bad. And I was tired, and I was thirsty.”

Eventually though, the woods thinned and he emerged from the forest to find two parallel roads greeting him. Choosing one he remounted his bicycle and began to pedal once more. The fact that he presented an odd spectacle to observers neither surprised nor discouraged Zahori. In truth, he was so tired that he found himself wishing someone would call law enforcement so he would be picked up and taken to a warm place.

Passing by a farmhouse, he was chased by dogs but out-pedaled them to safety. Only minutes later, Zahori got his wish when he was pulled over and arrested by two Canadian police officers for crossing the border illegally. He was taken to a detention centre where the officers ran a security check on him, questioned him and reassured him that they did not consider him to be a threat. Far from being humiliated by the experience, Habib felt strangely relieved. “To tell you the truth, after that chase I felt so tired and I was so cold, and I remember hoping that a police officer would show up and arrest me, just to take me somewhere.” 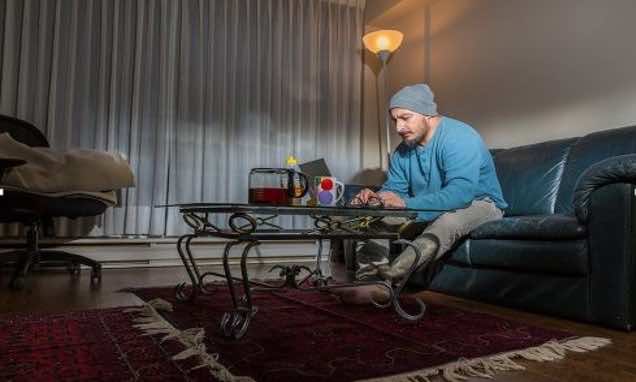 The next stop for Zahori was a nearby immigration office.  There he was fingerprinted and asked more questions, filled out forms and was given a date for his refugee claim hearing. Two months later, Zahori was granted his refugee status and is now waiting to be granted his permanent residency.

At the end of their interview, when the CBC asked Zahori about the journey which carried him to his new home, he had only this to say: “The journey was worth it.”