Toronto - Ignoring pre-election promises to be more “Presidential,” three weeks into his tenure, US President Donald Trump remains unchanged and unmoved, according to a report in the Washington Post Friday. 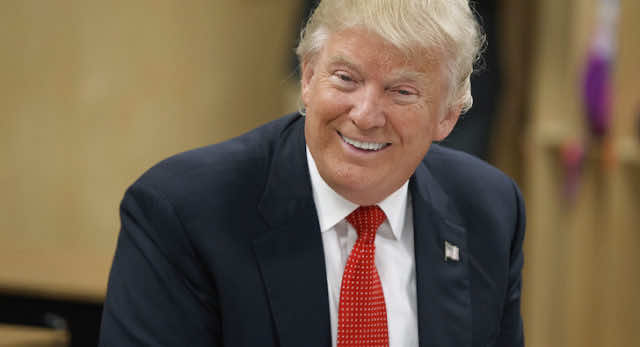 By
Constance Renton
-
Constance graduated from the Television and Radio Broadcasting Program at Canadore College in 1983.
Feb 12, 2017
Spread the love

Toronto – Ignoring pre-election promises to be more “Presidential,” three weeks into his tenure, US President Donald Trump remains unchanged and unmoved, according to a report in the Washington Post Friday.

During his presidential election campaign, Donald Trump promised to be “more presidential” when he occupied the Oval Office. Critics are still waiting. Reported February 10 in the Washington Post, many in congress had been harbouring a fantasy that Trump would become presidential simply by entering the “magic” office. That has not turned out to be the case. What has occurred in it’s place, is barely contained mayhem.

As many critics predicted before Trump’s inauguration, President Trump has remained largely “unchanged.” What is different is the chaos that staffers insist is being implemented by design. For Mark Salter, confidante and former top aide to Senator John McCain, the transformation was never expected because that would have required Trump “not just growing into the job, but growing up.”

According to Salter, top Republicans deluded themselves into believing, like a fairy tale, all would be well as soon as he entered the hallowed Oval Office. “They just couldn’t bring themselves to believe otherwise because it would have been an indictment of them” for their support of Trump throughout the campaign.

Part of the chaos currently permeating the White House, involves top aides jockeying for position by outdoing one another in a bid to please the President, going as far as embracing “alternative facts,” no matter how absurd, to secure Trump’s favour. They do anything to please their boss, including attacking critics and their newest soft target, mainstream media.

The same source stated that, at an April 2016 rally,Trump promised “At some point, I’m gonna be so presidential that you people will be so bored.” This was after his January 2016 promise; “When I’m president, I’m a different person, I can do anything. I can be the most politically correct person that you’ve ever seen.”

In an NBC interview two weeks later he vowed he would be “much different, much different” as President. When you’re President you act in a different way, there’s no question about that, and I would do that.”

… Is a Promise Broken

By August, however, Donald Trump was feeling decidedly more defiant saying while in Wisconsin, “I am who I am. It’s me. I don’t want to change. Everyone talks about ‘oh well, you’ve got to pivot.’ I mean you have to be you. If you start pivoting, you’re not being honest with people.”

Looking into the Trump-as-President future, Brendan Buck, chief communications advisor to House Speaker, Paul Ryan, said “He’s got a unique way of doing things and we don’t ever expect that to change.”