Rabat - After a very rough few days for US National Security Advisor, Michael Flynn, President Trump has finally indicated his position, albeit through an advisor, according to CNN. 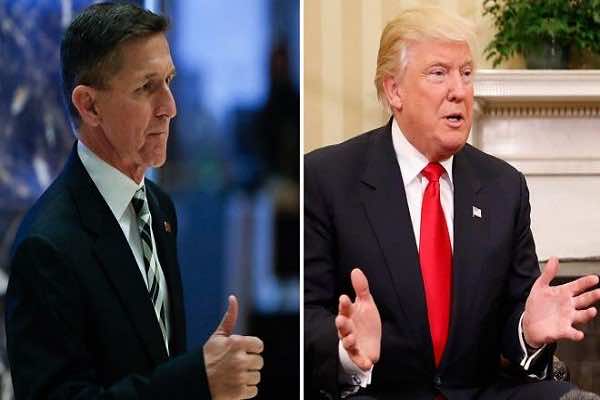 Rabat – After a very rough few days for US National Security Advisor, Michael Flynn, President Trump has finally indicated his position, albeit through an advisor, according to CNN.

Following allegations that he spoke to Russian Ambassador Sergei Kislyak regarding sanctions, before Trump’s inauguration, National Security Advisor Michael Flynn has heard his future being speculated upon by friends and enemies alike.

At first, when the allegations came to light, Flynn vehemently denied any knowledge of such a conversation taking place, although a phone call with the ambassador was admitted to. Based on a personal conversation with him, Vice President Mike Pence faced the media and stuck up for Flynn, defending him on national television.

In a January 15 interview with CBS News, Pence said, “They did not discuss anything having to do with the United States’ decision to expel diplomats or impose censures against Russia.”

As the scandal gained momentum, Flynn came forward with a different story, saying he couldn’t be certain that he had or had not discussed the topic of sanctions during the call with Ambassador Kislyak.

Pence and other senior White House advisors have not been happy with the thought that Flynn may have misled him (Pence) into publicly defending him. “The knives are out. There’s a lot of unhappiness about this,” said a White House official. Some who had believed Flynn innocent of the allegations were now believing he was guilty.

According to the same source, by late Friday afternoon, Flynn’s future as National Security Advisor was less than certain and Trump was being strangely silent. Most observers attributed this to the President’s extremely close relationship with Flynn.

The two men go back a long way, with Flynn being one of Trump’s earliest supporters and a one-time contender for the position of Vice-President. This controversy, however, has caused a rift between Flynn and Pence which a senior White House advisor is calling “a problem.”

According to the BBC, on a February 12 appearance on Meet the Press with Chuck Todd, top Trump policy advisor, Stephen Miller, was asked about the controversy and to give a comment on Flynn’s possible future. Miller called it “a sensitive matter” but refused to comment further. Asked if President Trump still had confidence in Flynn as National Security Advisor, Miller answered “That’s a question that I think you should ask the President.” Hardly a ringing endorsement.

According to a report by Reuters, Flynn has apologized to Pence. When asked about the situation aboard Air Force 1 on Friday, Trump promised reporters he would look into it.

It was expected that the topic would be raised during the press conference session of Canadian Prime Minister Justin Trudeau’s trip to Washington to meet US President Trump for the first time. The journalists and questions, however, had been carefully screened ahead of time.

Then, at approximately 4:52pm on Friday, in an interview with MSNBC, top Trump advisor Kellyanne Conway was asked about Trump’s position on the Flynn controversy. “General Flynn does enjoy the full confidence of the President,” Conway announced, before declining to offer any details on how much or little Trump knows of the subject, citing them as private conversations.

It is yet to be determined if this is an official Presidential stance or if Ms. Conway intended to remark on the subject on the President’s behalf. For now, Flynn’s position remains uncertain.