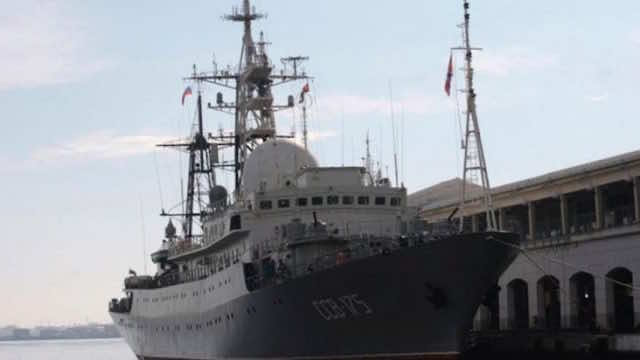 By
Constance Renton
-
Constance graduated from the Television and Radio Broadcasting Program at Canadore College in 1983.
Feb 14, 2017
Spread the love

In an apparent treaty violation, Moscow has positioned a spy ship off the coast of Delaware and deployed a cruise missile, according to a CNN report.

Considered the first serious challenge to Trump’s administration, the missile deployment is an apparent treaty violation, says a senior military advisor. It also represents an interesting move against an administration that has been lauding warmer relations between the two countries.

In a statement released Tuesday, acting US State Department spokesman, Mark Toner, explained that the treaty in question is Russia’s own INF Treaty, that forbids Russia “to posses, produce or flight-test a ground-launched cruise missile with a range capability of 500-5,000 kilometres, or to possess or produce launchers of such missiles.”

Toner went on to explain that Russia has been very clearly informed of the US dissatisfaction about the violation saying “We have made very clear our concerns about Russia’s violation, the risks it poses to European and security, and out strong interest in returning Russia to compliance with the treaty.”

CNN learned from a US Defense official that the Russian ship, named the SSV-175 Viktor Leonov, is equipped with high-tech spying technology, designed to intercept signals intelligence. The same official reminded CNN that it’s not the first time this same ship has been deployed off the coast of the United States. Similar patrols were carried out in 2014 and 2015.

The issue this time is that the deployed Russian cruise missile would have the capability to reach Europe, presenting a threat that had been considered long gone. According to an official from NATO, “NATO allies have the capabilities in place to ensure that Russia will not gain any military advantage from disregarding the INF Treaty.”

The controversial deployment comes just one day after the resignation of US National Security Advisor, Michael Flynn.