Toronto - Communications gathered by US Intelligence are revealing that US President Donald Trump’s top aides were in constant contact with Russian officials before, during and after the November 2016, election, according to CNN. 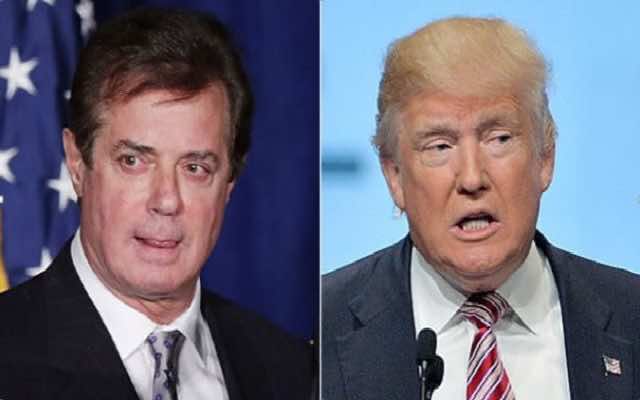 Toronto – Communications gathered by US Intelligence are revealing that US President Donald Trump’s top aides were in constant contact with Russian officials before, during and after the November 2016, election, according to CNN.

Names being mentioned are Paul Manafort, Trump’s one-time campaign chairman, and Michael Flynn, a top advisor at the time of the election. Manafort is vigorously denying any involvement and expressed both outrage and incredulity at the allegations. “That is 100% not true, at least as far as me. I cannot believe that they are including me in anything like that. I have not been involved in any of these activities,” he declared.

Manafort insists he has no idea where US Intelligence got the idea that he spoke to any Russian official. “I don’t remember talking to any Russian officials, ever… Certainly during the time we’re talking about. I have knowingly never talked to any intelligence official or anyone in Russia regarding anything of what’s under investigation. I have never had any connection to (Russian President Vladimir) Putin or the Russian government before, during or after the campaign.”

The former campaign chairman also insisted he has had no contact with the FBI regarding the matter. It is worth noting that Manafort does have a history of business ties with Russia and the Ukraine, at one time working for Ukraine’s Yanukovich government. Manafort is quick to point out, however, that this does not mean he is close to Russia.

The communiques in question, which began in the early summer of 2016, were not intentionally sought after. They were part of a regular intel “scoop” by US Intelligence. What prompted concern in the intelligence community was the frequency of the contact and the high level of the Trump officials involved. Adding to the credibility of those concerns was the fact that many of the Russian players involved in this increasingly widespread situation were already known to US Intelligence and administration officials.

According to the same source, intelligence officials have pointed out that it is not unusual in itself for campaign staffers and foreign officials to communicate. They raised alarm bells in this case only because of the frequency in which they occurred and the fact that top Trump aides were participating.

Adding considerable heat to the concerns were Russian claims, evident in the communications, that they enjoyed a “special access” to Trump, although intelligence officials are acknowledging that the Russians could simply have been exaggerating on this point.

As the situation both deepens and darkens, there are new questions being raised about the fact that the extensive contact took place during a time when it is known Russia was interfering with the Democratic party and Hillary Clinton’s Presidential campaign. Intelligence has uncovered the involvement of several Trump business associates and this is prompting questions regarding just how involved Trump officials might have been in releasing damaging Hillary Clinton information during her Presidential run.

“If that were the case, that would escalate things,” an unnamed official said.