Toronto - US President Donald Trump was informed by the Department of Justice of their investigation into then National Security Advisor, Michael Flynn, two weeks before Flynn tendered his resignation, according to CNN. 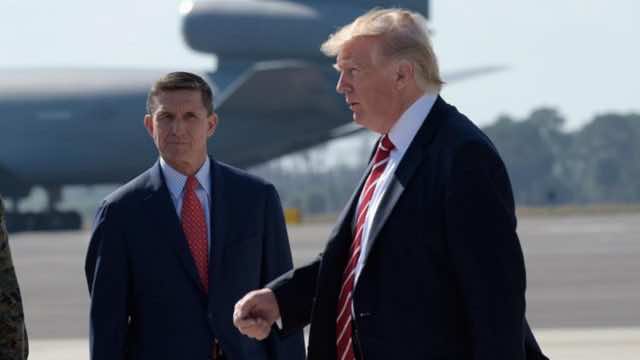 Toronto – US President Donald Trump was informed by the Department of Justice of their investigation into then National Security Advisor, Michael Flynn, two weeks before Flynn tendered his resignation, according to CNN.

It’s been revealed that the Department of Justice (DOJ) informed President Trump of their investigation into Flynn on January 26. Curiously, Pence was not informed of the investigation until February 9, just days before Flynn’s resignation was announced, late Monday night.

During a press briefing yesterday, Sean Spicer was hit by a barrage of questions regarding the resignation of US National Security Advisor, Michael Flynn. During a statement he issued ahead of taking questions, Spicer made mention of “a series of other questionable instances” which made Flynn’s resignation unavoidable.

Spicer was clear in his briefing that Flynn was not asked to resign because of misconduct. Rather, it was a gradual erosion of the President’s confidence and those mysterious “other questionable incidents” that led President Trump to “make a change.” “The President was very concerned that General Flynn had misled the vice president and others,” Spicer said.

According to the same source, a senior administration official has revealed that Flynn had attempted to obtain a security clearance for his son during the transition period between administrations. The problem is that he bypassed Vice President Pence for the request and Pence was in charge of the transition.

What has critics, Republicans included, scratching their heads is why Flynn was allowed to continue attending daily security briefings, even as the DOJ investigation continued. Eyebrows are also being raised by the fact that just the weekend before he announced his resignation, Flynn accompanied Trump to his Mar-a-Lago estate in Florida for a weekend of golf.

Critics and investigators want to know why it took two weeks after the DOJ informed him of their investigation for Trump to ask Flynn to resign. Its clear that a suspicious cloud is lingering over the Trump White House and that suspicion, being fueled by Trump’s own people. This is emboldening senior Republicans and Democrats to go on an increasingly bi-partisan offensive.

Senator Mark Warner, top Democrat on the Senate intelligence committee, said “The American people deserve to know at whose direction General Flynn was acting when he made those calls, and why the White House waited until those reports were public to take action.”

When asked at Tuesday’s press briefing if the directive, assuming there was one, had come from Trump, Spice said emphatically, “Absolutely not, no, no, no.”