Ottawa - The Moroccan Security Strategy-MSS- can be best described by its holistic and parallel frame towards imminent threats from a comprehensive security approach to social structural programs and inclusion of disengaged radicals. 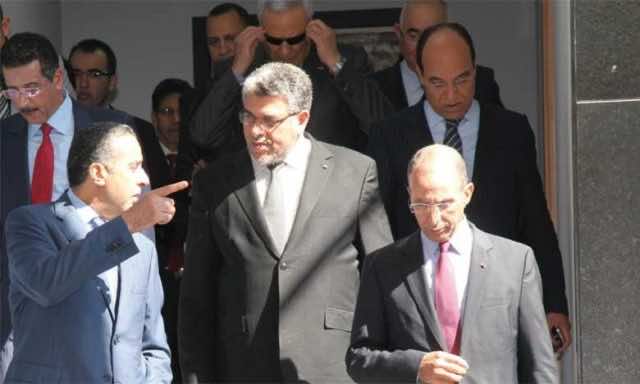 Ottawa – The Moroccan Security Strategy-MSS- can be best described by its holistic and parallel frame towards imminent threats from a comprehensive security approach to social structural programs and inclusion of disengaged radicals.

When both perspectives national and human security are combined, the MSS is positing itself as an agent of complementarity of the human aspect in the national security. To put it in a different way, a strategy that encompasses Humanization, Prevention, and Preemption.

Humanization incorporates the improving of the socioeconomic conditions of the vulnerable citizens through social programs that function under the umbrella of the National Initiative for Human Development- INDH-. Accordingly, prevention is the sum of the religious reforms that maintain the specificity of the Moroccan moderated Maliki Islam. Both E. Thompson and W. McCants (2013) and Dr. Lindrsay Cluterbuck (2015) who work at the Research and Development Think Tank- RAND- concur that: ‘Morocco has taken perhaps the most comprehensive approach of all the Muslim countries, from actively reinforcing and promoting its own traditional Maliki form of Islamic law to producing a government-approved curriculum for imams to use’. The third pillar of the MSS is the preemptive measures. Preemption is when information is gathered and assessed that a threat is being planned and the attack is imminent. The shift of the comprehensive security approach had seen light since 2007.

Francis Townsend the former Homeland Security Advisor to President George W. Bush- met in 2007 with Abdellatif Hammouchi General Director of both the General Directorate of National Security- DGSN- and General Directorate of Territory Surveillance- DGST. Later, Ms. Townsend declared that she was impressed by the new approach, which goes beyond the traditional frames of procedural policing in the act of terror. Ultimately, winning this battle against terror is primary a battle of ideas. The merger of the DGSN and DGST expands and provides both agencies with concrete resources in key fields of intervention.

Even with its history of fighting terror, the European Security Strategy- ESS- needs the constructive partnership of Morocco’s MSS. The ESS fought against the Republican Irish Army IRA, the Basque in Spain, the Red Army better known as Baader Meinhof- Gruppe, and 2 June Movement in Germant, and lastly the Red Brigade in Italy. Yet still it requires more multilateral efforts.

MSS and ESS: Towards Complementarity

There has been a steady rise in the dismantling of terrorist cells in some of the Moroccan cities and European countries. In general, terrorism has two general goals:  demonstrative and destructive. Demonstrative terrorism primarily seeks publicity:  aimed to recruit more activists, gain attention for its cause among softliners on the other side. Destructive terrorism tries hard to coerce opponents as well as mobilise support for the cause; inflicts real harm on the target audience, but in so doing, risks losing sympathy for the case; ETA Basque for instance.

The concept of security has dramatically changed over time in Morocco. It is no longer solely something that maintains the collective state security, but it is also the human security. Hence, the shift has seen the incorporation not only of the survival aspect of the state as a collective entity but also guaranteeing the security of the individuals belonging to its geography. The Moroccan Security Services’ response to the terrorist cells reflected and reinforced the security logic that the human side of the security equation is a necessity.

According to the Copenhagen School of Security, securitization is a process by which issues are made into security issues through the securitization of speech acts. We see in the Moroccan case that the security services had refrained from emphasizing on the formulation of a discourse that combines both violent radicals and security.How then to overcome such situation?

The Central Bureau for Judicial Investigations- BCIJ: The Legal Frame

The necessity to overcome questions that are asked by either the Copenhagen School of Security or Paris School of Security is to encompass a vision that minimize the heavy connotation of threats and institutionalize its legal framework by the establishment of the Central Bureau for Judicial Investigation- BCIJ-. The latter is composed of two main divisions: the Counter-Terrorism Brigade (Brigade de Lutte Contre le Terrorisme-BLCT- and Anti Organized Crime Brigade- Brigade de Lutte Contre la Crimalite Organisee- BLCO-. The intelligence gathering would have a legal umbrella and to be presented in a judicial procedural process complying with the legality requirements.

The merging of both General Directorates of the -DGSN- and – DGST has helped to effectively addressing security issues from a macro level of assessment. The BCIJ, which functions under the umbrella of the DGST, represents a judicial instrument towards respect of the law and the human right side. The title of this frame is the compliance with the law.

General Director Abdellatif Hammouchi of both DGSN and DGST equipped by pragmatic visions improve the workings of the institution. The path towards a regional and international cooperation is still facing political agendas that represent real obstacles towards tangible partnership. The successful results are just the beginning of a modern, sophisticated intervention policy that is built on the notions of Humanization, Prevention and Preemption.