Rabat - King Mohammed VI's new African policy reflects the Moroccan monarch's pragmatism and realism. While in the past, Morocco had adopted a disastrous "empty chair" policy, the new policy is proactive and positive for the outlook of Morocco's territorial integrity and the controversy it is facing over the Western Sahara. 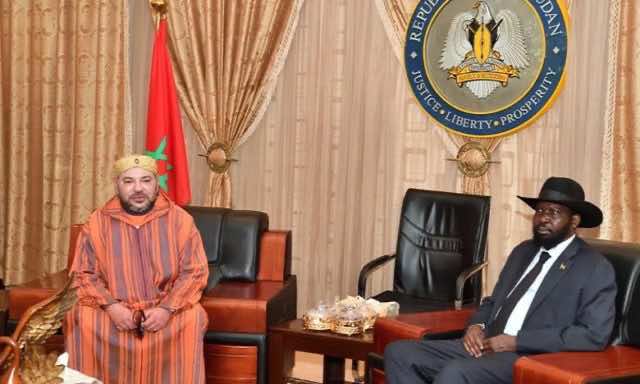 Rabat – King Mohammed VI’s new African policy reflects the Moroccan monarch’s pragmatism and realism. While in the past, Morocco had adopted a disastrous “empty chair” policy, the new policy is proactive and positive for the outlook of Morocco’s territorial integrity and the controversy it is facing over the Western Sahara.

Owing to Morocco’s absence from the African Union (AU) over the past 33 years, Morocco’s rivals, mainly Algeria and South Africa, have been using the pan-African body to push their self-serving political and ideological agendas.

The two countries have seemingly dominated the organisation and attempted to use it as a tool to weaken Morocco’s position with regard to the Western Sahara.

In the past three years, for example, Algeria and South Africa were behind the AU’s decision to appoint a special envoy in charge of the Western Sahara whose primary mission is to lobby the United Nations to force Morocco to conduct a referendum of self-determination and to establish a human rights monitoring mechanism in the territory.

In an opinion piece written before the self-proclaimed Saharawi Arab Democratic Republic’s leader Brahim Ghali’s working visit to South Africa in early January, Pretoria’s Minister of International Relations and Cooperation, Maite Nkoana-Mashabane, renewed his country’s call to the UN to conduct a referendum of self-determination in Western Sahara and to establish a human rights monitoring mechanism to inspect the situation in the region.

The South African official seemed oblivious of the UN political process initiated in 2007 and stressed that the conflict about Western Sahara could only be settled through a referendum.

This position is at odds with the relevant UN Security Council resolutions that have been adopted since April 2007, which called on the parties to work towards reaching a mutually acceptable political solution (PDF).

With Morocco’s return to the AU and the overwhelming support it received in the process, the country is now better positioned than ever before to put an end to the manipulation of the union by a handful of countries.

From now on, Morocco will also use the political support it received during its return to the union to nip in the bud all attempts to divert the current UN political process.

New dynamics with countries in the region

By making South Sudan his first stop after Morocco’s return to the AU, the Moroccan monarch sent a clear message to Rabat’s adversaries that it will now play in their backyards and establish economic and political relations with countries that have hitherto been considered their exclusive domain.

The new dynamic of Morocco’s foreign policy shows that King Mohammed VI is determined to break away from the myopic approach that has prevented Morocco from extending its influence beyond French-speaking West Africa.

Nigeria is a case in point. Until recently, this most populous African country was among the vocal supporters of the Polisario Front, and observers often highlighted the support that the South Africa-Algeria-Nigeria axis provides to the group.

However, after King Mohammed VI’s visit to Nigeria and the signature of several landmark economic agreements, Nigeria seems to be reconsidering its position on the conflict.

Evidence of this new approach is the support it provided for Morocco’s return to the AU. Therefore, Morocco’s strategy towards Nigeria has proved successful.

The same applies to Ethiopia, which was a major supporter of Algeria. However, the king’s visit there has helped ease the atmosphere and made Ethiopia one of the countries that have supported the return of Morocco to the AU.

It is not unlikely that this important state will withdraw its recognition of the self-proclaimed Sahrawi Arab Democratic Republic (SADR) in Western Sahara or freeze its diplomatic relations with it in the future.

Additionally, by strengthening diplomatic and economic relations with South Sudan, Morocco is pursuing a far more important goal. Since South Sudan’s independence, Algeria and the Polisario have been using the alleged similarities between South Sudan and Western Sahara to put pressure on Morocco and to call on the UN to follow the same track it followed with South Sudan.

Shifting balance of power in the AU

However, while they have been using this argument to lobby for the Polisario, Algerian and South African leaders did nothing to help South Sudan to extricate itself from the quagmire it has been embroiled in since its independence.

Neither of the two leaders has paid an official visit to South Sudan to show them moral and political support. Their support remained pure rhetoric and South Sudan was rather exploited by the two countries to fulfil their agenda.

Meanwhile, the Moroccan king has visited this war-torn country on the day after Morocco’s return to the AU. His visit was crowned with the signing of nine bilateral agreements, the most of important of which established Morocco’s commitment to build South Sudan’s new capital.

Additionally, in line with its tradition to assist its African partners in times of crises and natural disasters, Morocco established a field hospital in South Sudan, which is providing daily care to more than 4,000 people.

Morocco’s new assertive African policy is already paying dividends. During King Mohammed VI’s visit, South Sudan’s president said that there is no parallel between the situation of South Sudan and the Western Sahara.

“While considering that the issue of Sahara is different in its genesis, legal and political background from that of South Sudan, President Salva Kiir Mayardit acknowledges the efforts of the UN to reach a political solution to the regional dispute over the Sahara,” the joint communique stated after the visit.

The alarmist overtone expressed by South Africa’s press and its officials before and after Morocco’s return to its African family speaks volumes about their fear that with Morocco’s presence in the union, the equation will change inside in the AU proceedings, and the pan-African body will no longer be influenced by South Africa and Algeria in the way that it was before.

It is very telling that an anonymous South African official was quoted in the South African newspaper Daily Maverick as saying that Morocco’s readmission within the AU was an “unfortunate decision” that goes against South Africa’s interest.

The article stressed that Morocco’s landmark economic deals with both Nigeria and Ethiopia proved more efficient than the “long-held ideals” of South African leaders and their rhetoric on the Western Sahara conflict.

It is still too early to tell whether the same can hold for Morocco’s recent overture towards South Sudan and whether this rapprochement will push this country to reconsider its stance towards the self-proclaimed SADR.

But based on the solid agreements signed between the two countries and South Africa along with Algeria’s inertia, it is unlikely that these countries will have a free pass with South Sudan to exploit it in order to advance the agenda of the Polisario.

An earlier version of this article was published on Al Jazeera.