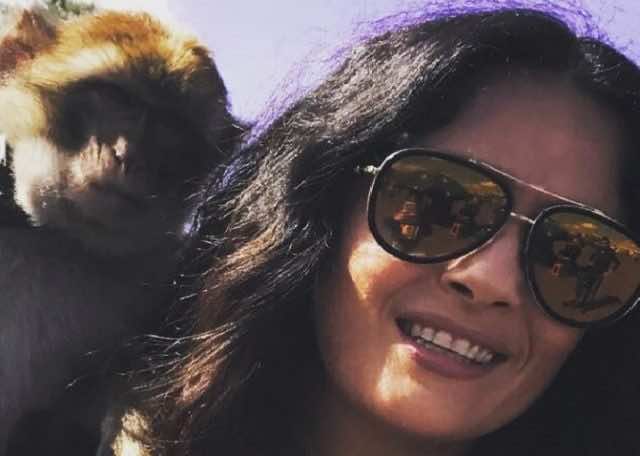 In the photo, Hayek, who is followed by approximately 2.6 million people on Instagram, is seen posing with a monkey carrying it on her shoulder. In the caption, Hayek gives the picture credit to her daughter, saying, “Valentina was taking a picture when this EPIC photobomb occurred!”

According to what appears in the photo, Hayek visited Jemaa el-Fnaa square, one of the most renowned landmarks in Morocco’s red city, Marrakech.

Since it was posted, Hayek’s picture has received major attention on Instagram, gaining more than 51 965 likes and over 305 comments.

Hayek’s Moroccan followers have commented on her photo, welcoming the actress to Morocco and expressing their love for her.

Over the past few years, Jemaa el-Fnaa has become the preferred destination for the celebrities to take photos.In January, German footballer and Arsenal midfielder, Mesut Özil travelled to Marrakech to spend his spare time.

Özil also took to his Instagram account to share a picture of himself posing with a cobra around his neck, standing beside a Moroccan man wearing a traditional Djellaba and blowing into a flute. 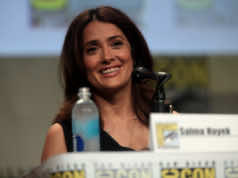