Toronto - They met at a refugee camp in Lesbos, Greece. Carly Harris was an American volunteer worker and Soufiane El Yassami was a Moroccan refuge, working in a fast-food establishment, according to CNN World. 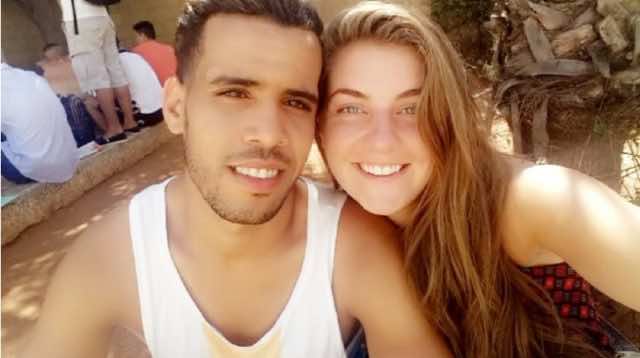 Toronto – They met at a refugee camp in Lesbos, Greece. Carly Harris was an American volunteer worker and Soufiane El Yassami was a Moroccan refuge, working in a fast-food establishment, according to CNN World.

Sparks flew and a modern-day Romeo and Juliet romance began, though not without some very modern-day complications.

Like many Moroccan youth, El Yassami trained in a field that should have offered him a chance at meaningful employment.  That, however, was not the case.  After training to work in industrial refrigeration, he was disappointed to learn there was no prospect for work at home. Undaunted, he decided to leave Morocco in search of a better life and better opportunities.

Braving the perilous journey to Europe, as the borders to overwhelmed Greece were closing to Moroccan refugees and immigrants, El Yassami landed in Lesbos and got a job as a fast food worker. At some point, he began a relationship of flirtatious exchanges with Carly Harris, a young American working as a volunteer with refugees at Camp Moria.

One day, El Yassami was swept up by law enforcement agents and arrested for being an illegal immigrant. He was sent back to Morocco because he hadn’t been granted asylum. When Harris noticed that she hadn’t seen him around the camp, she sent him a message on Facebook and there began a love affair for the modern age.

As their relationship blossomed, Harris and El Yassami made every attempt possible to get him admitted to the United States but the young couple found themselves blocked at every turn. In order to get to America, El Yassami had to have a job waiting for him and an American bank account. He had neither. He didn’t qualify for any US visa.

Despite the hardships, young love is thriving, perhaps as only young love can do. The couple are planning a move to Guinea-Bissau on Africa’s western coastline. Touching on her feelings about the experience so far, Harris said, “I think about what a world we could live in if instead of building walls and closing our borders, putting them in camps, making them feel like animals, if we just embraced them… How much that could change our world.”

In a report issued by the Migration Policy Institute in 2008, revealed alarming employment gaps. 33% of Moroccan youth between 15-24 years of age were unemployed. It also showed that 26% of Moroccans between the ages of 25-34 were also unemployed.