Rabat - King Mohammed VI has sent a message of condolences to the family of late M'hamed Boucetta, former Secretary General of the Istiqlal Party and former Minister, who passed away Friday night at the age of 92. 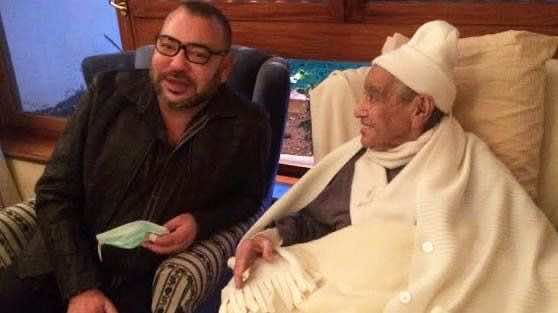 Rabat – King Mohammed VI has sent a message of condolences to the family of late M’hamed Boucetta, former Secretary General of the Istiqlal Party and former Minister, who passed away Friday night at the age of 92.

In this message, the King said that He learnt with deep sorrow and sadness the news of the disappearance of late M’hamed Boucetta.

The sovereign expressed to Boucetta’s family, relatives, national political family and the Istiqlal Party, His deepest condolences and sincere feelings of compassion following this great loss.

The King also recalled with great esteem the militant and rich political career of the deceased, immutably based on unwavering nationalist and moral principles and foundations, which are manifested in his commitment, faithfulness and self-denial in the defense of the constants and sacred values of the Nation, the sovereignty and territorial integrity of Morocco, as well as the unwavering attachment to the Glorious Alawite Throne.

With this disappearance, Morocco has lost one of its great men who dedicated their lives to the service of the superior interests of the country, which the deceased placed above all other considerations, according to the royal message.