Rabat - The official visit of King Mohammed VI to the Republic of Ghana is an "important turning point" in the relations between the two countries, Ghana's Minister of Foreign Affairs and Regional Integration, Shirley Ayorkor Botchwey, said Friday in Accra. 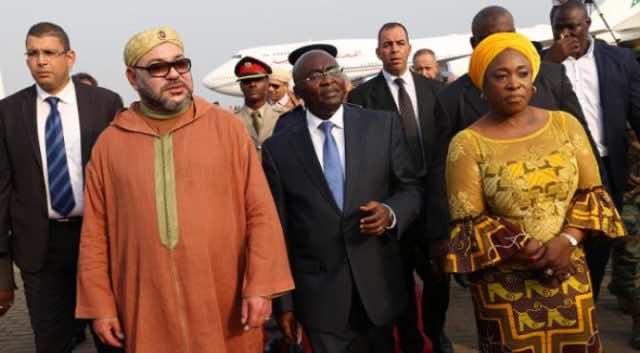 Rabat – The official visit of King Mohammed VI to the Republic of Ghana is an “important turning point” in the relations between the two countries, Ghana’s Minister of Foreign Affairs and Regional Integration, Shirley Ayorkor Botchwey, said Friday in Accra.

“We are very pleased with the visit of the King to Ghana, which will undoubtedly be an important turning point in relations between the two countries,” Botchwey told the press, stressing that Accra and Rabat will develop their cooperation in several fields.

The Republic of Ghana welcomes and highly appreciates the return of Morocco to the African Union, the minister said, underlining the convergence of views of the two countries on several issues of interest common.

Noting that the delegation of business leaders accompanying the Sovereign during his visit reflects the important place Ghana that occupies in the Kingdom, Botchwey said that the government officials of both countries have been invited to facilitate the implementation of investment opportunities in both directions.

The King arrived in Ghana on Thursday, February 16, whereupon he met with Ghanaian President Nana Akufo-Addo and signed 25 bilateral agreements related to diplomacy and public-private partnership.

At a gift-exchange ceremony, President Akufo-Addo bestowed upon the King the Order of the Star of Ghana, tell him that the award was a “recognition of your outstanding leadership, your commitment to social justice and the sustainability of peace, stability and democracy that prevail in your country and your commendable role in forging friendly ties with Ghana and other sister African countries.”

Ghana is the first country the King has visited following Morocco’s readmission to the African Union in January. He will travel next to Côte D’Ivoire, followed by Guinea, Zambia and Mali, as part of his extensive campaign to strengthen Morocco’s diplomatic ties with African countries and to stimulate South-South cooperation in the continent.