Rabat - The current round of King Mohammed VI’s tour of Africa, which started Thursday in Ghana, is a springboard for Morocco’s goal to further strengthen South-South partnership, by revamping cooperative ties with the rest of the continent and tightening the grip on the self-proclaimed Saharawi Arab Democratic Republic (SADR). 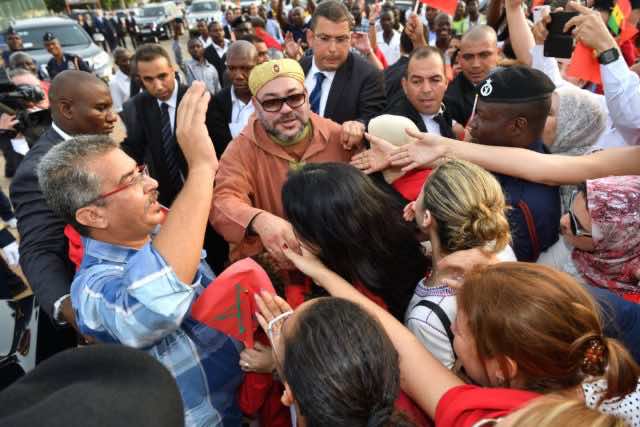 Rabat – The current round of King Mohammed VI’s tour of Africa, which started Thursday in Ghana, is a springboard for Morocco’s goal to further strengthen South-South partnership, by revamping cooperative ties with the rest of the continent and tightening the grip on the self-proclaimed Saharawi Arab Democratic Republic (SADR).

Ghana has been long time supporter of the Polisario, along with Zambia, which is thought to be one of the King’s upcoming destinations.

Twenty-five governmental and public-private partnership agreements in the different sectors,  were signed during the signing ceremony that was co-chaired by the King and President of the Republic of Ghana Nana Akufo-Addo.

Morocco will also attempt to lobby Ghana to reconsider its stance on the Western Sahara issue in order to become one of the Kingdom’s strategic partners.

Since his succession to the throne in 1999, the King had never paid an official visit to Ghana. His visit to Accra came following a string of preparations by Ghana’s officials. The country is currently experiencing a change in its orientations following the December 2016 election of Nana Akufo-Addo as president.

Ghana is No Longer a Stronghold of the Polisario

Ghana has been considered the second strongest supporter of the Polisario next to Nigeria, which has just become Morocco’s partner, following the King’s visit to Abuja in December 2016.

Ghana’s position towards the Sahara, however, has recently witnessed a slight shift. Ghana was among 28 countries that addressed a motion to the African Union (AU) last July, calling for freezing the so-called SADR membership.

As part of Morocco’s effort to strengthen its diplomacy and foreign policy, King Mohammed VI appointed  64 new ambassadors in October 2016.

The appointment of Hamid Chabar, Morocco’s ambassador to Ghana was remarkable. Chabar, who was former Wali of Dakhla, is well aware of the Sahara issue, since he was the governor in charge of coordination with the UN mission in Western Sahara, known better as MINURSO. He also held the position of Morocco’s deputy permanent representative to the United Nations.

Economic Relations between Rabat and Accra

During the King’s visit to Accra, several bilateral agreements are expected to be signed between businesspersons of the two countries, following the Moroccan-Ghanaian Forum held in mid-January in Accra, which brought together Moroccan and Ghanaian investors.

Ghana has a promising economic potential. It is considered one of the strongest gold producers in Africa next to South Africa.

Trade between the two countries, however, is low. In the presence of 40 Moroccan investors, Meriem Bensalah-Chaqroun, the president of the General Confederation of Enterprises of Morocco, said that the latest statistics show that trade between Accra and Rabat does not exceed $70 million.

Among the fields that Moroccan investors seek to target are the telecommunications, air transport, vocational training in tourism, and the construction, textiles and fishing sectors. 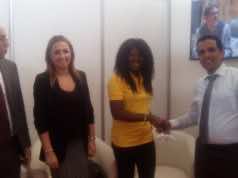