Rabat - The onslaught on Arab and Muslim immigrants is continuing to burn hotly. This time, it’s Dutch far-right and anti-Islamist deputy, Geert Wilders turn to express his racist opinions about Moroccan migrants, according to the MAP. 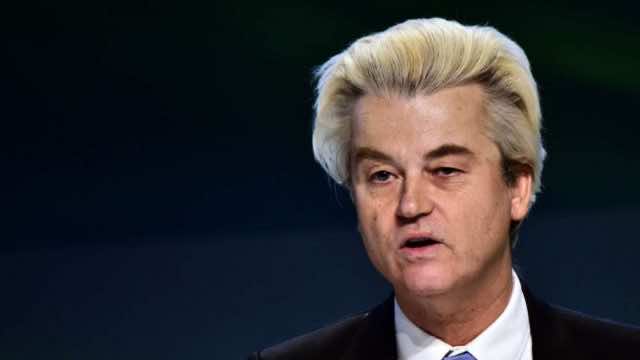 By
Chaima Lahsini
-
Chaima Lahsini is freelance journalist and activist with the Al-Fam collective in Rabat.
Feb 19, 2017
Spread the love

Rabat – The onslaught on Arab and Muslim immigrants is continuing to burn hotly. This time, it’s Dutch far-right and anti-Islamist deputy, Geert Wilders turn to express his racist opinions about Moroccan migrants, according to the MAP.

On Saturday (February 18th), the Dutch populist leader sparked outrage during his campaign for the legislative elections by attacking the Moroccan community in the Netherlands, calling them “scum,” and voicing his desire to “cleanse” the country from “the Moroccan trash” and “return it to the Dutch people.”

Wilders spoke before the press at the small town of Spijkenisse, located in the south of Rotterdam:

This was not the first time Wilders express such comments against the Dutch Moroccan community. The populist leader was convicted last December of inciting discrimination and insulting Moroccans, before and after local elections in 2014. Later on, he publicly declared his “conviction” as “political.”

According to the latest polls, the Freedom party (PVV) could win 24 to 28 seats, more than Prime Minister Mark Rutte’s ruling Liberal Party (VVD). The Dutch Parliament has total of 150 seats.

When asked who his voters are, Wilders replied, “every Dutchman with enough common sense.” He added, “The Dutch wanting to recover their country will vote for us regardless of their education or past.”

Mr. Wilders’ statements against Islam have won him “the best protected man in the Netherlands” title, owing to the large amount of security he travels with after receiving several death threats for his discriminatory opinions from ISIS and Al Qaeda.

Martin Bosma, fellow PVV MP, and considered to be the right hand of Mr. Wilders, said that, in the event of victory in the elections, his party would seek to form a coalition. Wilders may find himself struggling, however, since most major parties have ruled out cooperating with him, viewing his policies as offensive or unconstitutional.

The Muslim community in the Netherlands was quick to respond to Wilders statement. Ebubekir Ozture, director of the Muslim umbrella group Contact Organ Muslims and Government, on Sunday called Wilders comments “reprehensible,” but added, “It is not the first time and probably won’t be the last time,” that Wilders has used such language.