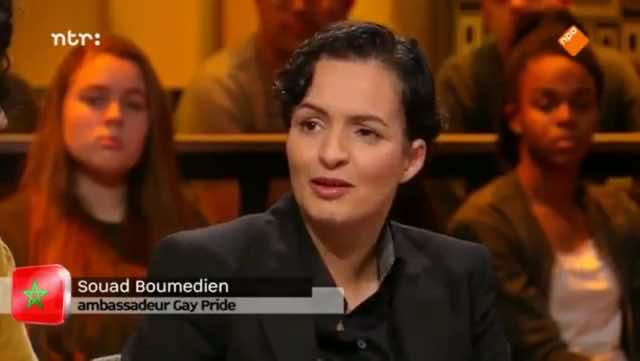 Rabat – Souad Boumedien, a Dutch woman of Moroccan origin, has been nominated as the ambassador of Netherlands Gay Pride 2017, whose title this year is “This is my pride”.

The organization of the Gay Pride of Amsterdam has chosen Boumedien, a Dutch woman of Moroccan origin, as the ambassador of the next edition of the event, which will be held from July 29 to August 6.

For more than twenty years, Souad Boumedien has been working as a police officer in the Netherlands.

“With the theme ‘This is my pride’,” Boumedien told Dutch media, we celebrate the fact that we are human beings despite our differences, we breathe the same oxygen and need each other. Let’s do something beautiful!”

In this interview with the Dutch program “De Nieuw Maan”, Souad Boumedien talked about homosexuality and discrimination against Moroccans and Dutch people for their sexual orientation.

Gay Pride is an annual event of the LGBT movement that celebrates the equality of  lesbian, gay, bisexual, and transgender (LGBT) people to promote their self-affirmation, dignity, equality rights, and increase their visibility as a social group.