Toronto - The Quebec city of Montreal has unanimously adopted a resolution making it a sanctuary city for undocumented migrants, according to CBC News. 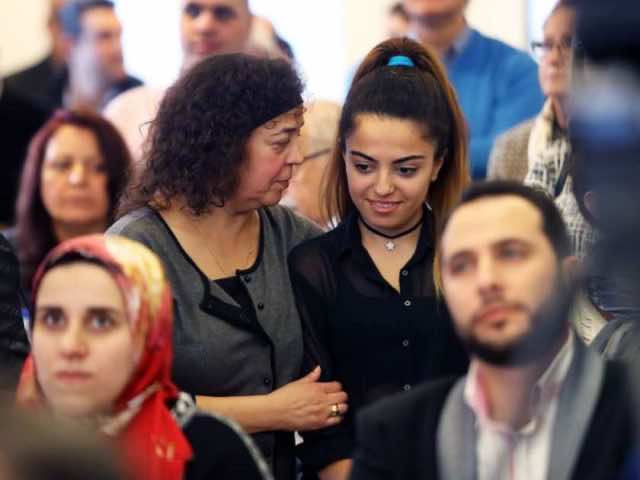 Toronto – The Quebec city of Montreal has unanimously adopted a resolution making it a sanctuary city for undocumented migrants, according to CBC News.

Prompted by the rise of intolerance south of the border, and the unprecedented numbers of refugees streaming across the border on foot, the city saw a need to declare itself on the right side of humanity.

Mayor of Montreal, Denise Coderre, sees the move as more than symbolic. “We have the experience. We know the situation on the ground,” he said. His years as federal immigration minister, opened his eyes to the need for more comprehensive treatment of undocumented migrants in his city.

Last month, after US President Donald Trump signed his executive order imposing a travel ban on seven predominantly Muslim countries, and on refuges altogether, Coderre took to Twitter to publicly share his reaction, “Message to Donald @POTUS Trump. Montreal proud “Sanctuary City.” Newcomers & refugees are welcome. Diversity is our strength and part of our DNA.”

Message to Donald @POTUS Trump. Montreal proud “Sanctuary City”Newcomers & refugees are welcome.Diversity is our strength and part of ourDNA

According to the same source, under the newly designated “sanctuary” status, people in need will have access to public programs and services they would otherwise be wary of using for fear of discovery and deportation. They will now be invited to access police services, housing, healthcare and education. The resolution includes formal requests to the provincial and federal governments to step up their contributions to funding in these areas as well.

While pleased with the symbolism of the declaration, undocumented migrant and refugee advocates stress that practical follow-through is a must. Montreal-based human rights group Solidarity Access Borders issued a statement calling the designation “easy symbolism” and urged the city to back up the words with practical solutions and clear, unhindered procedures. According to the group, Montreal police regularly pick up and arrest undocumented migrants and hand them over to the Canada Border Services agency. They are stressing a need to stop this practice and to ban border agents from all public premises.

Jenny Jeanes, representative for Action Refugees Montreal stated that, for this concept of “sanctuary” to truly work, the Montreal police are going to have to be fully on board with the resolution. Otherwise, people are going to continue to be fearful of deportation, simply because they’ve been discovered while being stopped by police for a minor traffic violation.

The term “undocumented migrants” applies to any persons living in Canada who have either overstayed their visa, are failed refugee claimants or have had their refugee status revoked for any number of reasons.

Toronto, Ontario, became the first city in Canada to designate itself a “Sanctuary City.” They were quickly followed by Vancouver, London and Hamilton. Several more including Ottawa, Saskatoon, Regina and Winnipeg are considering the move.