Rabat - Marine Le Pen, the National Front leader, says she will “not cover herself up” to meet with Lebanon’s Grand Sunni Muslim Mufti Sheikh Abdel-Latif Derian.

By
Chaima Lahsini
-
Chaima Lahsini is freelance journalist and activist with the Al-Fam collective in Rabat.
Feb 21, 2017
Spread the love

Rabat – Marine Le Pen, the National Front leader, says she will “not cover herself up” to meet with Lebanon’s Grand Sunni Muslim Mufti Sheikh Abdel-Latif Derian.

“You can pass on my respects to the Grand Mufti, but I will not cover myself up,” Le Pen told reporters. She reportedly added that she had met in the past with the grand mufti of Egypt’s Al Azhar, one of the world’s top Sunni clerics, without having to wear a veil.

During her visit to Lebanon, Le Pen is also scheduled to meet with Lebanese right-wing Christian party leader Samir Geagea and with the Maronite Christian patriarch.

Dar al-Fatwa, the highest Sunni authority in Lebanon presided over by the mufti, said Tuesday in a statement that “its press office had informed the presidential candidate, through one of its collaborators, that Le Pen would have to cover her head when meeting his eminence (the mufti) according to the protocol of Dar al-Fatwa.”

The Sunni institution added that “the leaders of Dar al-Fatwa were surprised by Le Pen’s refusal to comply with this well-known rule,” expressing its regrets in front of such “inappropriate behavior.”

At a presentation of her 144 presidential commitments in Lyon in early February, the anti-immigration politician promised to “promote secularism,” to “fight against communitarianism” and to inscribe in the Constitution the principle according to which the Republic does not “recognize any community.”

This is not the first time a female politician would refuse to wear the veil. Angela Merkel, Ursula von der Leyen, Hillary Clinton and former US First Ladies Laura Bush and Michelle Obama all refused to wear veils on diplomatic visits to Saudi Arabia, where every female who lives there is required to have her head and body covered in public. 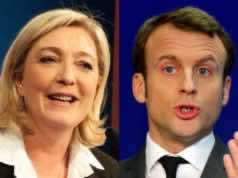 Macron and Le Pen Head into Final Week of Campaigning 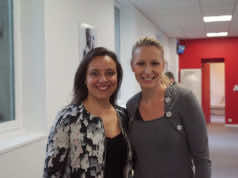