Rabat - Morocco’s Ministry of National Education has officially shut down Mohammed Al Fatih schools, which were suspected by the Ministry of Interior of belonging to Fethullah Gülen, the alleged mastermind of the July 15 failed coup d’état attempt against Turkish President Recep Tayyip Erdogan.

Rabat – Morocco’s Ministry of National Education has officially shut down Mohammed Al Fatih schools, which were suspected by the Ministry of Interior of belonging to Fethullah Gülen, the alleged mastermind of the July 15 failed coup d’état attempt against Turkish President Recep Tayyip Erdogan.

In a communiqué issued on Tuesday, the Ministry of Education announced that the schools have been definitively closed and the students have been enrolled in other private and public institutions, noting that this decision came following the recommendations of the ministry’s regional academies and in accordance with the will of the students’ guardians.

The ministry went on further to add that the students have resumed their studies.

Although the students left the schools, the officials of Al Fatih schools are reportedly determined to carry on with their lawsuit against the ministry. The upcoming hearing is scheduled for February 23.

Earlier this month, the Administrative Court of Casablanca rejected the appeal to suspend the closing order.

In January, the Ministry of the Interior announced its plan to shut down all Al Fatih institutions, setting a deadline of one month for the school’s officials to comply with its decision.

The ministry said that “the investigations showed that the schools were spreading the ideology and ideas of Gulen’s movement “which contradict the educational system and religious principles of Morocco.”

Following this decision, the student’s parents protested against the ministry, condemning the decision 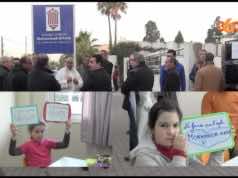