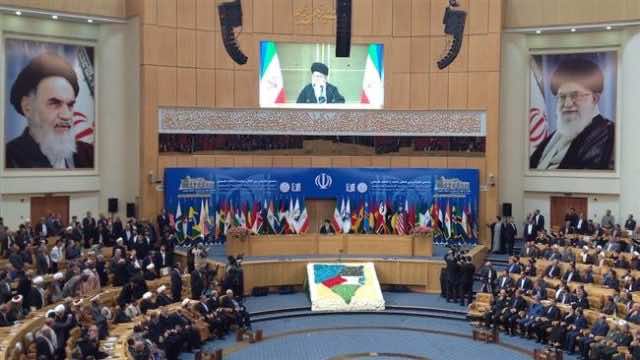 An official invitation was sent to the Presidency of the House of Representatives and the House of Councilors to attend the International Conference in Support of the Palestinian Intifada.

Moroccan activists in the Palestinian issue also took part in the event. including  human rights activists Khalid Soufiani, and Ahmed Wayhman as well as Shia activist, Idriss Hani and others. Together they formed a Moroccan delegation that sat behind the Algerian delegation at the conference.

The Iranian parliament extended the invitation for the two-day event, which took place in the grand conference room in the parliament building. Ali Larijani, current chairman of the Iranian parliament, made a welcome speech. This was followed by Ali Khamenei, Iran’s current Supreme Leader and a Muslim cleric, who called upon guests to read the Quran in remembrance of American Malcolm X.

“Today is the anniversary of the martyrdom of the leader of Muslims in the US. On this occasion, I invite all the participants to read the Opening chapter of the Quran and send it to his soul,” Said Ali Khamenei. 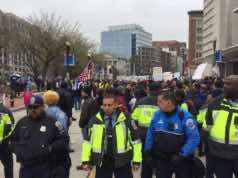