Toronto - NASA has discovered seven planets the same size as earth. Scientists believe them to be temperate in climate and atmosphere which means there is the potential they are life-bearing, according to CNN. 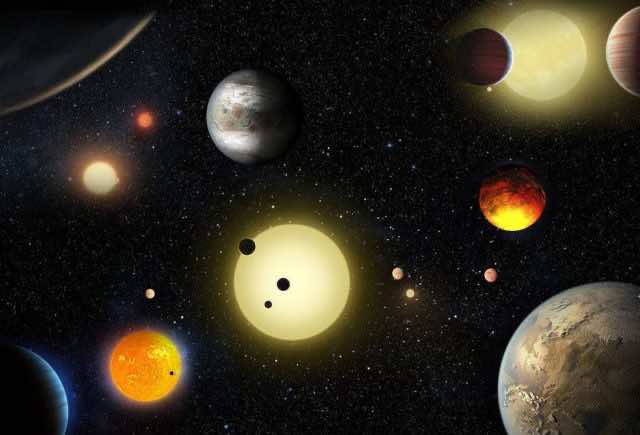 Toronto – NASA has discovered seven planets the same size as earth. Scientists believe them to be temperate in climate and atmosphere which means there is the potential they are life-bearing, according to CNN.

Scientists announced their findings during a news conference Wednesday. Seven earth-like planets, orbiting the same dwarf star, named TRAPPIST-1, just 40 light-years away. Three of the seven discovered seem the most likely to be habitable. They’ve been dubbed TRAPPIST-1e, 1f and 1g. TRAPPIST-1f seems to hold the best promise of supporting life. It’s a bit cooler than earth but could still be made habitable with enough greenhouse gases and the right atmosphere. TRAPPIST-1e and 1f might even have oceans.

“This is the first time that so many planets of this kind are found around the same star,” said Michaël Gillon, lead study author and astronomer at the University of Liège in Belgium.

“I think we’ve made a crucial step towards finding if there is life out there,” said Amaury Triaud, an astronomer at the University of Cambridge. “I don’t think any time before we had the right planets to discover and find out if there was (life). Here, if life managed to thrive and releases gases similar to what we have on Earth, we will know.”

What Do the 3 most compatible TRAPPIST planets Look Like?

According to the CNN report, based on preliminary climate modeling, the researchers think the three planets closest to the star could be too warm to support liquid water, however, more study is needed to be certain.

Over the next decade, the researchers hope to determine atmospheric conditions for each planet and search for signs of possible life. 40 light-years away might not sound far but scientists concede it would take us millions of years to reach the planets. Still, it represents the best chance for life outside of our solar system yet.