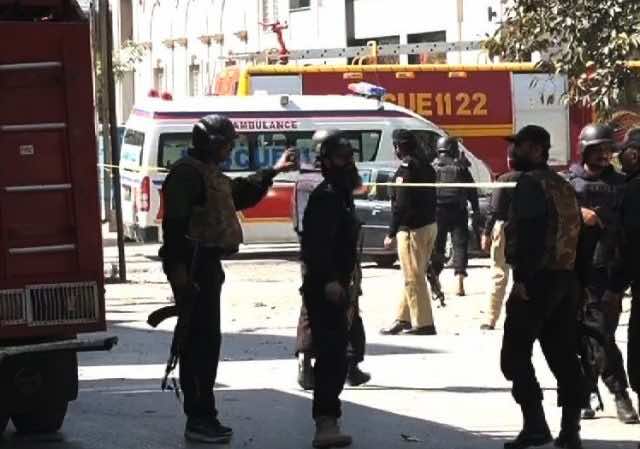 The firefight broke out after the gunmen began firing indiscriminately on police guarding the NADRA building.

Reports suggest the attack was foiled when police strongly resisted, resulting in the attackers fleeing the encounter and prompting a search operation.

Police have sealed off all the routes to the area and army has joined the search operations.

So far no casualties have been reported.

February has been the deadliest month in 2017 for Pakistan, with the Peshawar Shrine blast alone leaving 88 people dead