Toronto - The number of refugees crossing the US-Canada border on foot is rapidly growing to unheard-of numbers since US President Trump took office. 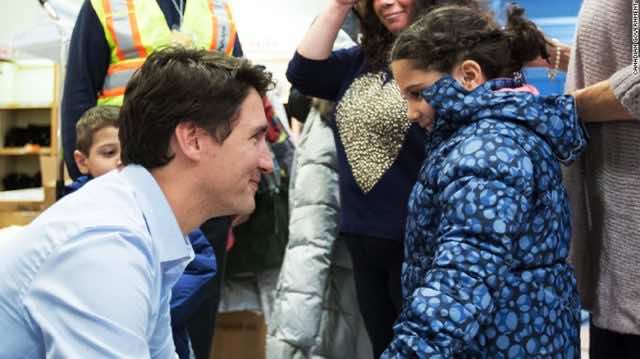 By
Constance Renton
-
Constance graduated from the Television and Radio Broadcasting Program at Canadore College in 1983.
Feb 23, 2017
Spread the love

Toronto – The number of refugees crossing the US-Canada border on foot is rapidly growing to unheard-of numbers since US President Trump took office.

That doesn’t seem to be worrying Canadian Prime Minister, Justin Trudeau, who is determined to keep Canada a safe haven for anyone wanting to make the journey.

According to a report from Reuters, the fear of being deported back to unsafe birth countries by Trump’s isolationist immigration policies, is forcing record numbers of Muslim refugees to make a perilous winter journey across the border into Canada on foot.

It’s a trend that the country’s official opposition, Conservative party would like to see halted. They cite security issues and challenged resources as their reasons. Trudeau, however, has remained steadfast saying, “One of the reasons why Canada remains an open country is Canadians trust our immigration system and the integrity of our borders and the help we provide people who are looking for safety.”

Photos of smiling Royal Canadian Mounted Police welcoming children arriving on foot with their weary families have gone viral and boosted Canada’s image as a home-in-the-waiting for many. Muslim refugees in limbo in the US have expressed the despair of feeling trapped in a situation not of their own making. They cannot return home, they’re frightened to remain in the US. Canada represents a final promise for the life they imagined being possible in America.

According to the same source, Prime Minister Trudeau is adamant that Canada honour that promise for as many people as possible, while ensuring the security of the Canadian people. “We will continue,” he said, “to strike that perfect balance between a rigorous system and accepting people who need help.”

Part of maintaining security is to uphold Canada’s end of the Safe Third Country Agreement with the US. Under the agreement, border officials are required to turn people back to the US and instruct them to apply for asylum in Canada through proper bureaucratic channels at formal US border crossings. Refugee advocates want to see a temporary hold placed on this agreement until the current crisis is brought under control.

They worry that it places people in danger by forcing them to choose a more desperate journey to Canada on foot. In winter the dangers of such a crossing increase considerably. Processing centres along the border have been feeling the strain.

In the meantime, determined refugees continue to make the attempt on foot. Canadian police officials have opened a temporary refugee at the Quebec-US border to deal with the large influx of refugees they are receiving. In January alone, the number of people crossing the border and claiming asylum increased from 137 in 2016, to 452 in 2017, more than tripling. 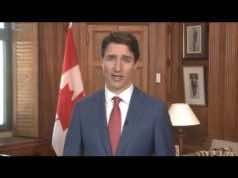 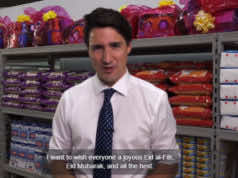