Casablanca - The Justice and Development Party (PJD) has dismissed the report published by the daily Moroccan newspaper Assabah claiming that 20 Members of the Parliament threatened to resign if the party’s Secretary General, Abdelilah Benkirane, was replaced. 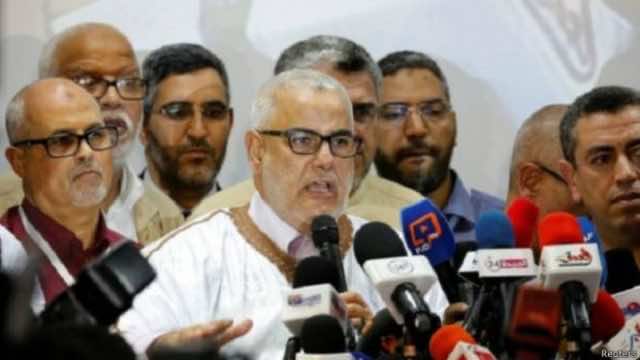 Casablanca – The Justice and Development Party (PJD) has dismissed the report published by the daily Moroccan newspaper Assabah claiming that 20 Members of the Parliament threatened to resign if the party’s Secretary General, Abdelilah Benkirane, was replaced.

An article published by Moroccan newspaper Assabah on Thursday, February 23  claimed that 20 MPs from the PJD have threatened to resign if someone other than the Secretary-General of the PJD, Abdelilah Benkirane, is chosen to head the government.

This prompted a response from the Justice and Development Party, which published an article on their website explaining that it is “fake news.”

“Assabah resorted, in a new pattern that seems to have become a ‘trademark’ for this paper in the past years, to refer to a source it presents as ‘a member of the parliament close to Benkirane and who was speaking to Assabah’ to claim that ‘more than 20 MPs threatened to resign from the legislative institution if the Head of Government was assigned to someone other than Benkirane’.”

The article published on the party’s official website adds that the source in question attempted to “delude the readers” into thinking that there is a disagreement within the party due to the delay in the government formation.

The Director General of the Justice and Development Party, Abdelhak Elarbi, was quoted in the PJD’s article, which says that he can debunk “everything that came in the [Assabah] article.”

“The Justice and Development Party has bodies that decide to participate in the government or not,and the General Secretariat is delegated by the National Council to follow the formation of the government, as the positioning in the opposition or in the majority is not what brings us together in the party.”

He went on to assert that it is not the responsibility of the MPs to voice out their political views, and that the party members work according to an electoral program whether from within the government or from the opposition.

Elarbi added that the resignation of an MP from the House of Representatives is a personal matter and “has nothing to do with party.”