Toronto - A new report from Amnesty International (AI) is painting a very bleak and damning portrait of 2016. Toxic political rhetoric was responsible for “creating a climate of fear for refugees and migrants,” according to a report in The Guardian. 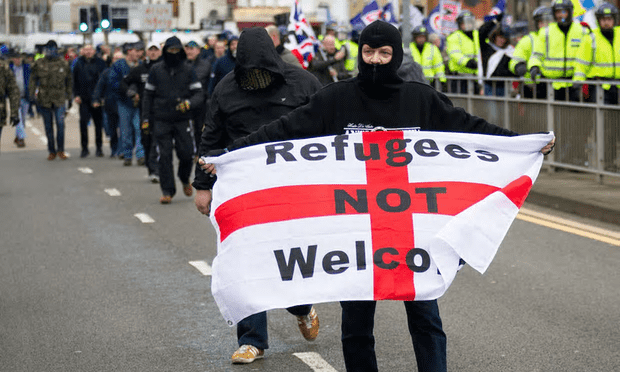 By
Constance Renton
-
Constance graduated from the Television and Radio Broadcasting Program at Canadore College in 1983.
Feb 24, 2017
Spread the love

Toronto – A new report from Amnesty International (AI) is painting a very bleak and damning portrait of 2016. Toxic political rhetoric was responsible for “creating a climate of fear for refugees and migrants,” according to a report in The Guardian.

Although the London-based NGO was particularly hard on Britain, the UK had plenty of company. Still, Amnesty International’s UK director of campaigns, Kerry Moscoguiri, managed some harsh rhetoric of her own when describing the atmosphere surrounding the Brexit referendum. It “was a particular low point, with all too real consequences,” she said, referring to a 57% spike in hate crimes just a week after the vote. AI accuses the British government of “creating a hostile climate for refugees and migrants.”

Leaders across the globe made liberal use of toxic political rhetoric to achieve their own agendas, according to the AI report. Donald Trump was singled out but he was not alone. Hungarian Prime Minister Viktor Orban was remembered for calling for a referendum on refugees and the Philippines’ Duterte for having killed thousands in the name of a war on drugs. Still, US President Donald Trump’s pre and post-election rhetoric, likened to that heard during the rise of Adolf Hitler, seemed to amplify the “dangerous idea that some people are less human than others,” said Amnesty International’s director of crisis research, Triana Hassan.

“This report,” she continued, “documents the very real consequences of politicians like Trump, Orban and Duterte wielding a toxic agenda that hounds, scapegoats and dehumanizes entire groups of people.”

The AI report further warned that allowing this trend to continue doesn’t just place human lives at risk. It endangers the entire system of international and human laws which were the direct result of the greatest conflagration the world has even known, World War II. “Have we forgotten,” asked Hassan, “that human rights protections were created after the mass atrocities of the second world war as a way of making sure that ‘never again’ meant ‘never again’?”

To prove her point and answer her own question, Hassan cites the indiscriminate bombing of civilian hospitals in Aleppo and Yemen, incidences of violent suppression of the human right to dissent and countless attacks on refugees and migrants. The report was a brutal indictment of the Russian-backed bombing of civilians in Aleppo in 2016. The inertia of the international reaction felt very reminiscent of the tone set in Rwanda during the 1994-1995 genocide. Echoing that conflict, major world powers and the UN were tangled into immobility by their own rivalries while civilians paid the highest of costs.

Though the report did cite a few bright spots, such as the reawakening of the concept of resistance, as witness by the countless protests which have followed Donald Trump’s election, the report was, by far, weighted toward condemnation. It is a failing report card for current world leaders, summarizing that, “Ultimately, the charge that human rights is a project of the elite rings hollow. People’s instincts for freedom and justice do not simply wither away.”